Kiwi.com wouldn’t be what it is without our four-legged friends. With over 300 dogs playing in our offices over the past decade, we’ve witnessed a number of funny moments involving our little colleagues. We decided to collect and share some of them with you. Enjoy our funny dog stories! 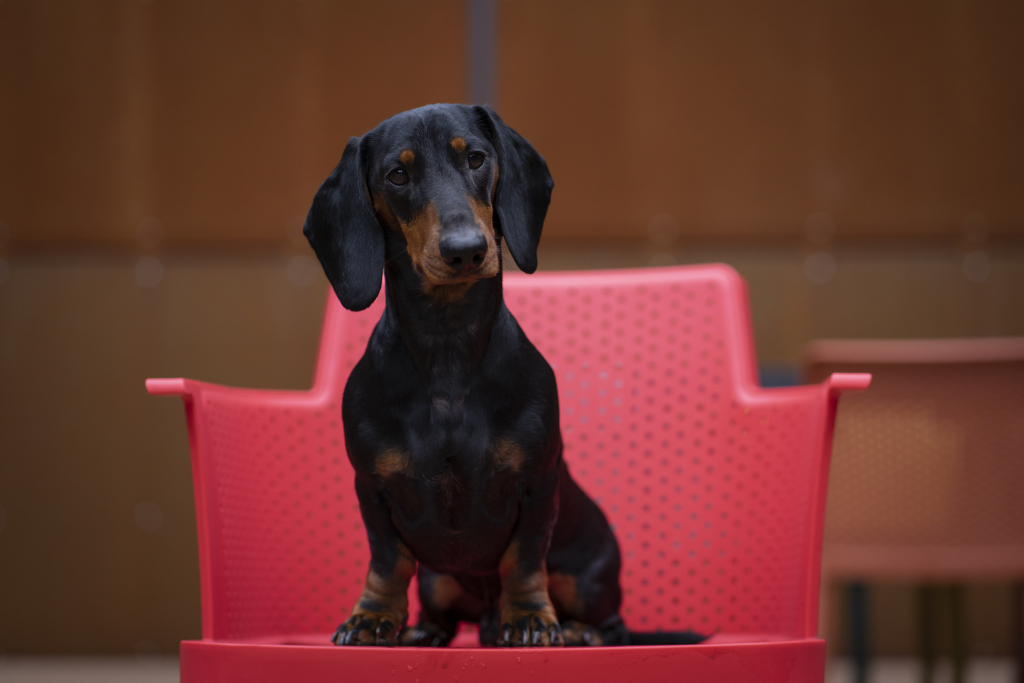 Oliver, our CEO, and his dog Penne

It was the summer of 2016 when our office was in the Villa. We had a ping-pong table in the garden, and one-day Penne got completely crazy about the ping-pong balls – we were throwing him balls and he was jumping around the table as if he wanted to play with us. We wanted to play a few rounds of ping-pong, but Panne was making it absolutely impossible. The only way to actually play some ping-pong was to sacrifice one ball by hitting it as far as possible to keep Penne away for a moment, giving us at least a few seconds to play. 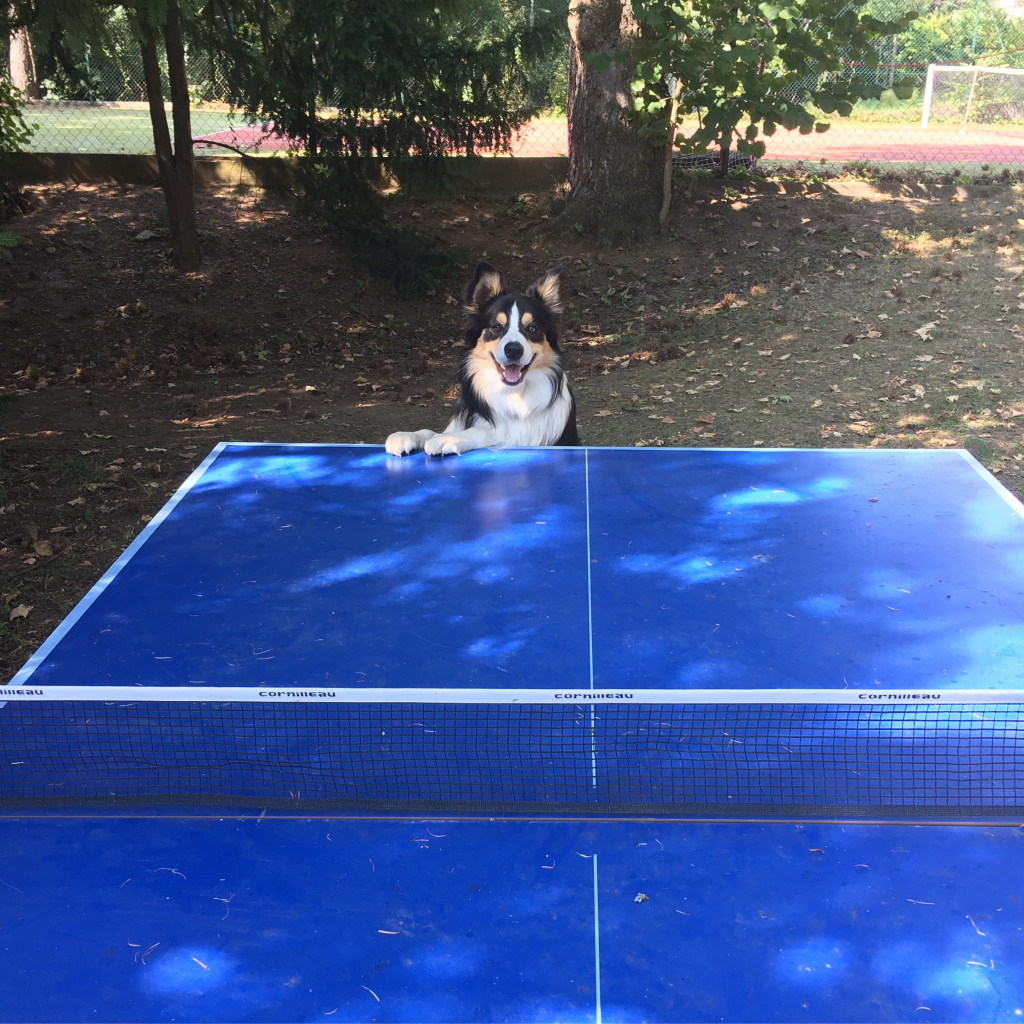 Adam, our developer, and his dog Shiva

Shiva is a husky crossbreed born around 2017. I got her in January 2020 from an animal shelter. A couple of days after taking her home, I noticed Shiva was getting quite fat, quite fast. One morning in the Campus office, she was lying on the carpet under my desk and I noticed some weird movement under her skin. After visiting a vet it turned out that there were little huskies growing in Shiva’s belly! On Valentine’s Day 2020 Shiva gave birth to four healthy, gorgeous, husky-looking puppies. Having the puppies at my 2+1 apartment for the first couple of weeks was very stressful, sleep-depriving, and it left bite marks on my brand new furniture, but it was also the most beautiful experience in my life that still sometimes brings tears of joy to my eyes.
The best part of this story is that once the puppies were big enough to be taken away from their mummy, three of them were adopted by our fellow Kiwis! Nice to see things run in the family. 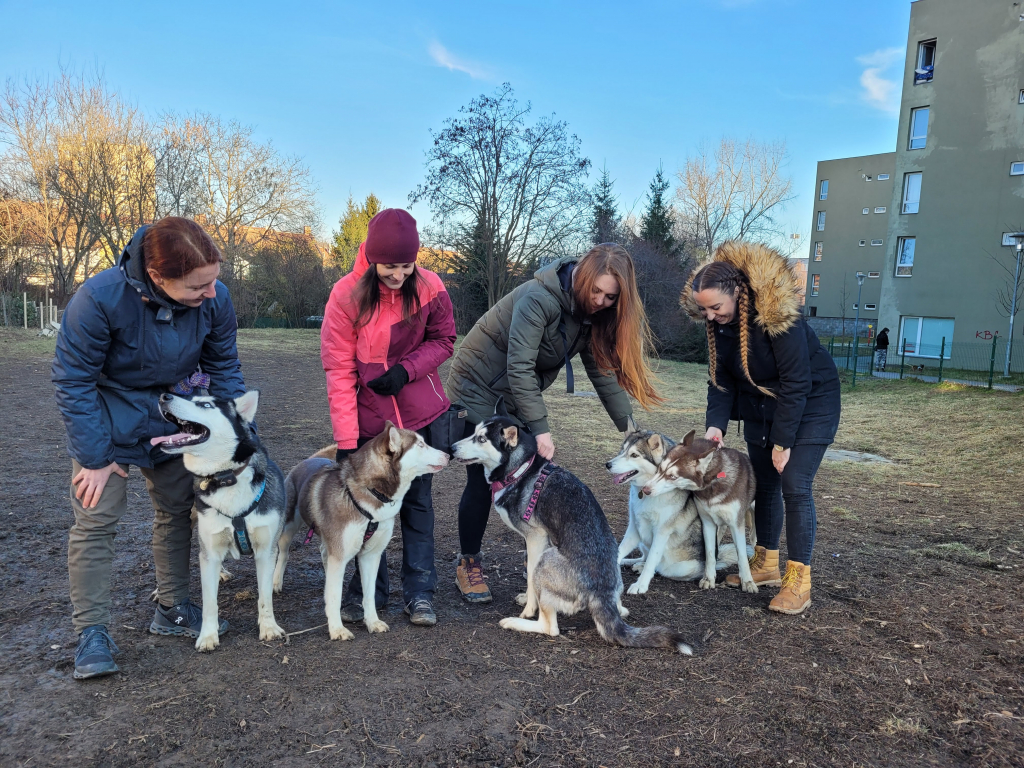 Catalina, our Content Operations Manager, and her dog Argus

I was on the 6th floor, busy helping one of our agents in CS with a very complicated case. At some point, I looked around and I couldn’t see Argus anywhere. I called him, and he usually comes when I call him, but not this time. I went through the whole floor and couldn’t find him. I started to panic and then someone asked me: “Hey, are you looking for your dog?”. I said: “Yes! Have you seen him?”. The guy replied: “Yes, I saw him taking an elevator like 20 minutes ago.” I was like: “How come he took an elevator?!” He replied: “Well, the door was open and he just jumped into the elevator and we were heading to the 7th floor, everybody was just opening doors for him.” I ran to the 7th floor and indeed found him there – laying on a purple sofa, relaxing, and looking through the window. 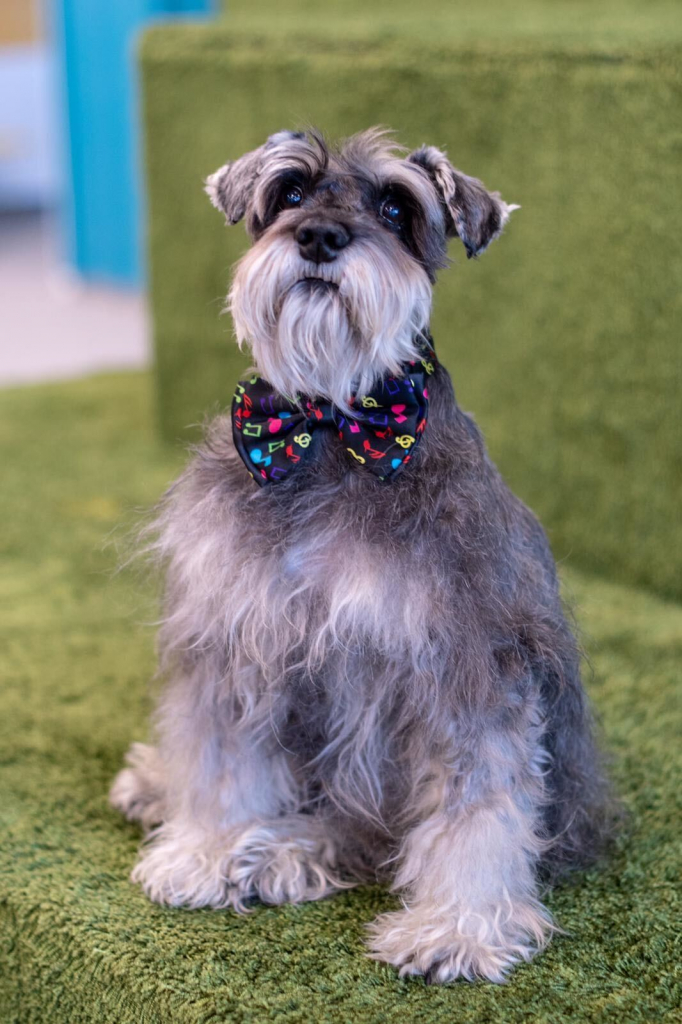 Alejandro, our Senior Operations Analyst, and his Arnie

Arnie was a puppy and it was one of the first times I brought him to the office. Around noon, I took him out to pee. He was exploring all the grass areas looking for ‘his spot’. Finally, he stopped at one place and started rolling his face on the ground. When he stood up, his face was covered in… poop. It was the middle of the day and I couldn’t just go home. So I took him to the bathroom and cleaned his face with wet paper towels until he was as clean as he could be. Back on the floor, I warned everyone to not touch him for the rest of the day, as the ‘cute puppy’ was recently covered in poo. Fortunately, that didn’t become a habit and has never happened again! 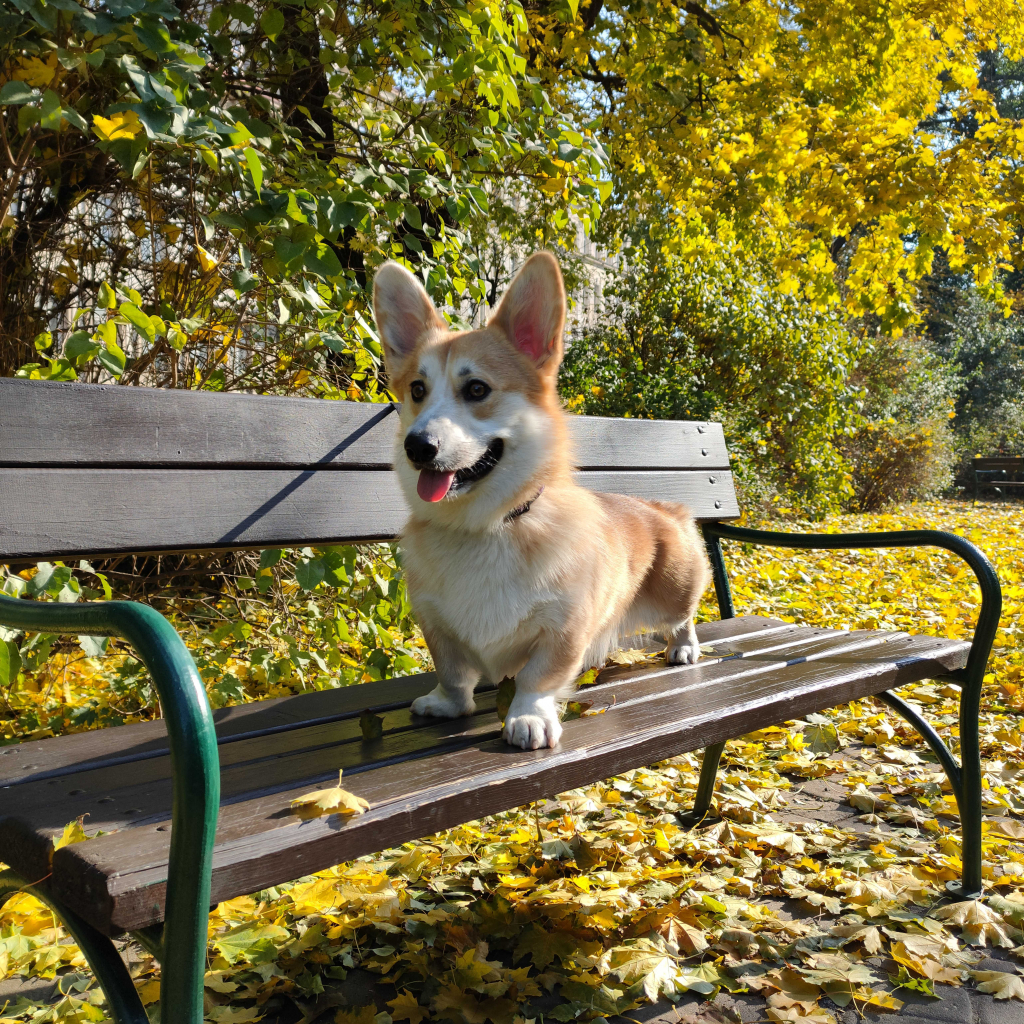 Šimon, our Recruiter, and his dog Brigita

It was back in the days when I was still a fresh CS agent on the floor. Brigita was behaving well, so she was one of the unleashed dogs. That day, I was in a quite long phone call with a customer and apparently, Brigita got bored and started to explore the floor. I finished the call and I saw her walking and sniffing around. I called her, so she’d stay with me. A bit later, I was approached by one of my colleagues who worked on the other side of the floor. She said she’d seen a big, black dog stealing and eating her lunch from the bag which she kept on the floor! And Brigita was the only black dog on the floor that day… 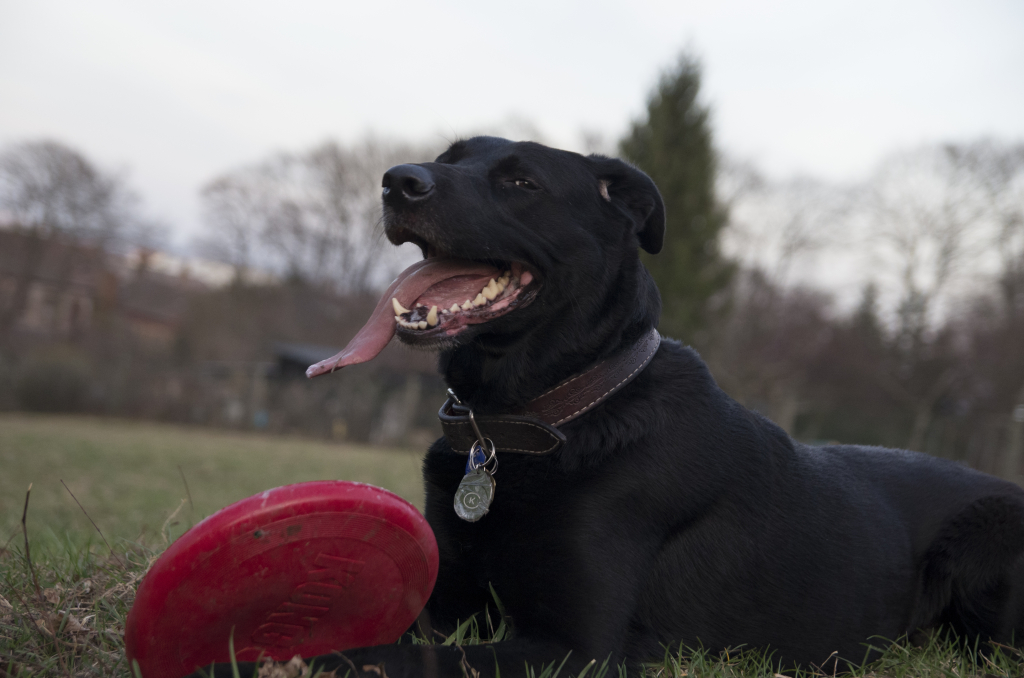 For some reason, Leia hates shiny, glossy floors – she just can’t walk on them. So at the ZET Office, when entering or exiting the elevators on the 5th or 7th floor, she walks only on the concrete parts which looks really funny – like the floor is lava! The same goes for stairs, you will never see her going up or down the stairs at the ZET Office. 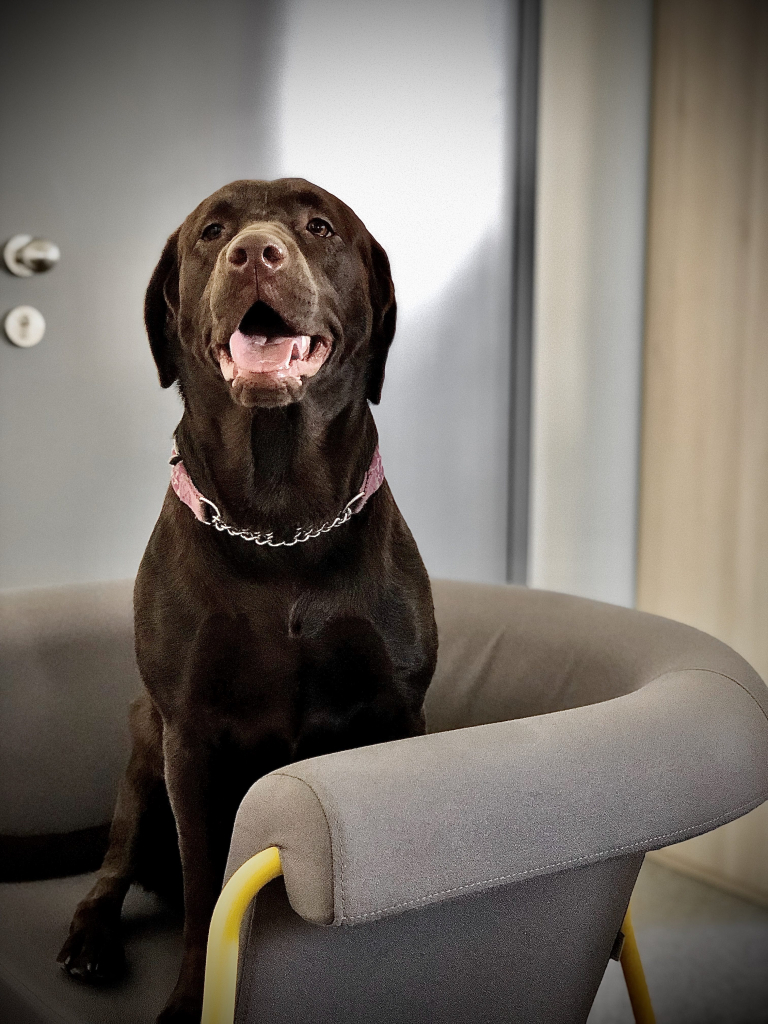 Barbora, our Junior Recruiter, and her dog Miley

It was my second day at Kiwi.com and I took Miley to the office for the first time. I was training in an open space area on the 8th floor in ZET and Miley was walking around unleashed. At some point, I turned back and looked through the window, and there I saw Miley on the patio, exploring the area (and dogs are not allowed there)! It turned out she went to the (I believe) HR BP office where a window was open and jumped through the window to the patio. I ran to pick her up and realised she’s not so well-behaved to be off-leash while in an open space area. Since then, I keep her on a leash at the office. 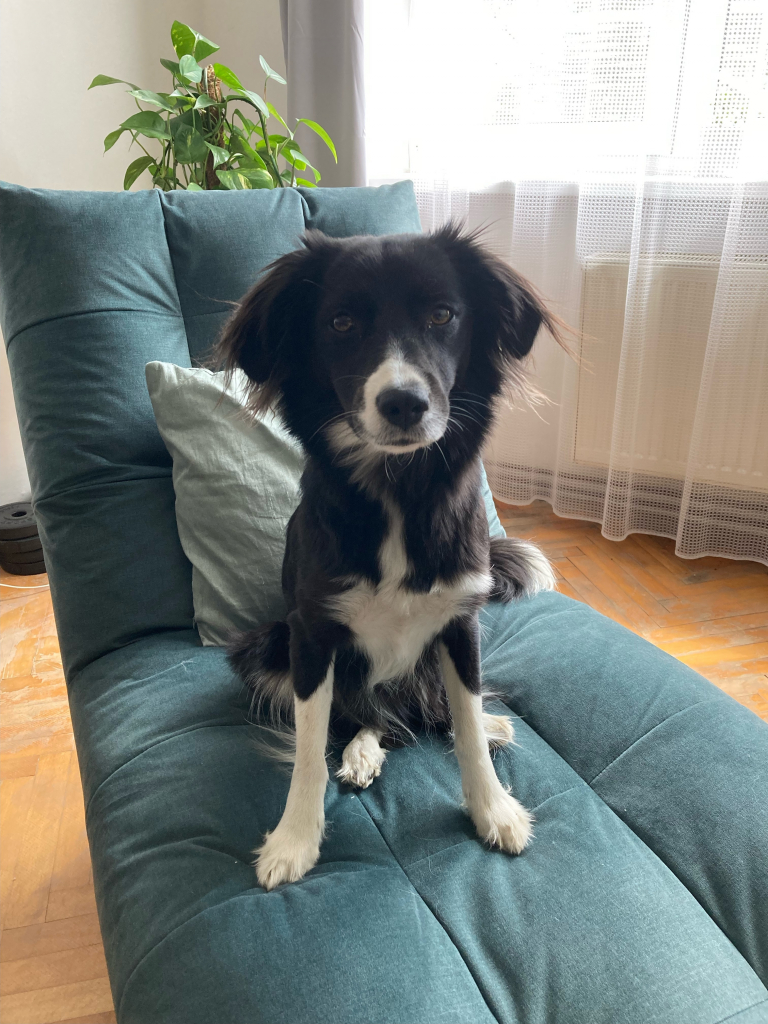 If you are interested in joining Kiwi.com and sharing the space and the atmosphere with our amazing doggos, check our open positions and join us in this exciting journey!