Five years ago I decided I wanted to work in the IT industry and I left my job at a bar. I loved being a bartender so it was a tough decision, but I believed something bigger was waiting for me, even though I had no idea what it was exactly. I had a dream of working for a cool tech company. Being a drop-out of two universities and with no IT background or knowledge whatsoever, my CV said basically two things: I speak English and I can make you a drink. Apparently, that wasn’t a blocker and in January 2016 I started at Skypicker.

I was working as a back office agent which to me was basically Customer Service for people who were shy talking on the phone. I was booking flight tickets…and I was booking them fast. Right after I finished my onboarding, the company rented it’s first actual office. I remember coming to the huge open space, where 100 people would fit, being completely empty with only a few tables with laptops in the middle. Why would they rent such a huge place when there were only a bunch of us, I thought? In half a year, the office was so crowded you would hardly find an empty chair to sit on.

A year after I started, I was already considered a veteran. My colleagues from the customer facing teams were coming to me for help. I was giving them tips and tricks on how to book the best deals for passengers who were stranded at the airport. It is worth mentioning, that when I was quitting my job at the bar, one of the main reasons to leave was late working hours. Well, that idea backfired, as I spent almost half a year in a night-shift-only team.

From Back office agent to a trainer

Helping the night shifters, I discovered my teaching skills quickly. And I realised it was not a coincidence that all of my friends that I taught math back at high school eventually passed. I applied to an internal job opening and became a trainer. I already knew a lot about credit cards, airline fares and the booking process. Now it was my job to teach the new hires. That was the first time I felt a strong sense of responsibility. If I would take a sick day or show up late, there was a group of ten to twenty people waiting for me. Without me, they would have nothing to do for the day. Even if it meant just a few hours of sleep after a spontaneous after-hours beer session, I would still show up the next day, 9:00 am sharp. I also had to fire someone for the first time in my life. That was really tough. However, the biggest challenge was still ahead of me.

In the summer of 2018, I spent 5 weeks in Nashik, a “small” 2 million population town in India teaching newbies. With Kiwi.com growing rapidly, it was time to open Customer Support branches outside of Europe. It was the first time I had traveled so far away from home. For a month, my colleagues became my second family. Even though we were preparing the training for weeks, the whole experience was pretty much an improvisation. Trying to explain our booking processes to young people who don’t have a computer at home and never flew a plane was quite a challenge. Nonetheless, it was a heartwarming experience I will never forget.

By the end of summer 2018, it’s already been two and a half years since I joined the company. And all this time, I was asking myself pretty much the same question: How does it work? What’s behind the mystical curtain of the automation? I want to learn more. I was eager to look under the hood. And again, I got the chance. In August 2018, I joined the Autobooking team as a QA. So after a year and a half being used to speaking in front of students every day, I switched my day-to-day routine for a rather different type of job. I was staring at graphs and excel sheets. And I enjoyed it. I was finally getting the idea what does it mean to automate something and that it does not happen with a swift of a magic wand. I even tried to learn to code in Python, thinking I could become a developer myself. I failed. Multiple times. And I felt devastated, thinking there is no place for me in the IT world without knowing how to code. And I was wrong!

In May 2019, the opportunity knocked on my door again. The team I was helping as a QA was looking for a Product Manager to support and further develop one of our internal tools for Customer Support. I knew the CS processes. I taught others. I was using the exact same tool myself, years ago. I will know what to do, I thought. And I guess so did my boss, when she decided to hire me.

Since then I am asking myself what a Product Manager does? And each day I have a different answer. And every day I learn new things. It’s not easy and it is not straightforward. But it is exciting and after more than a year, I am starting to understand what I am actually trying to achieve. At the end, I am still asking the same question: How does it work? And what can I do to improve it? It is my job now to find answers to these questions. 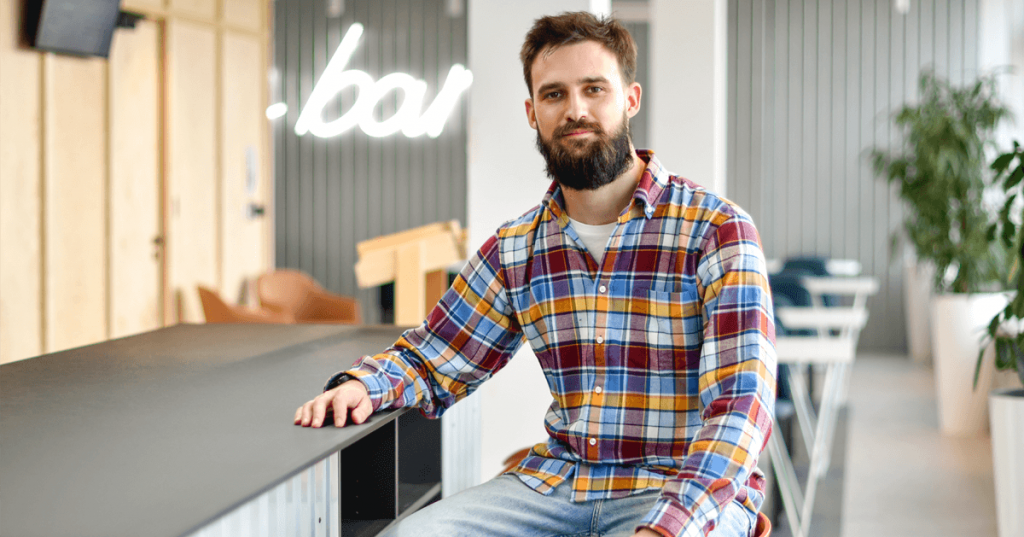 It’s all up to you

During the last year I spent most of my time at home office, working remotely. It is yet another challenge. I even moved abroad and I am now working with my team from Warsaw, Poland. It was only until recently that I realised my dream came true. I actually am working in the IT industry for a cool company. I traveled, I had fun and I can work from wherever I want.

If you were asking yourself how to move forward toward your dream career, here is my answer: Be curious. Ask questions. Challenge yourself and don’t be afraid to fail. And most importantly, find a place where they will give you a chance to try and fail.