This April marks my fifth anniversary working for Kiwi.com. I have decided to look back, reflect and summarize some of my failures and lessons learned from my career so far.

1. Learn the hard skills and apply them to the context you enjoy.

I graduated from Computer Science, without knowing how to program and with no real desire to do so. I was quite desperate about what I should do. I tried a couple of technical jobs, but with little success or satisfaction. In my free time, what I really enjoyed was organizing and communicating events and activities that connected people. After just four days in a Brno tech company, I got an offer to work as a community manager – organizing IT conferences and connecting programmers. This was a perfect match between what I had studied and what I enjoyed.

2. Have some guts – it’s better to ask for forgiveness than for permission.

Being quite new to the corporate scene where I was organizing IT events, I felt a bit insecure. Better to ask twice, than to make a mistake, right? Wrong! Constantly asking my managers and peers for feedback and permission made me appear like a novice and was probably one of the reasons why it didn’t work out for me with that company.

I remember attending a talk by Oliver Dlouhý, CEO of Kiwi.com around this time. He talked about his dream to build a tech company that would disrupt the world of travel. After his presentation, I approached him and attempted to demonstrate to him my knowledge and connections with programmers. He was impressed enough to offer me a job. I worked hard and pushed things forward. I grew professionally, learned quickly and it wasn’t long before I was leading a team of people. 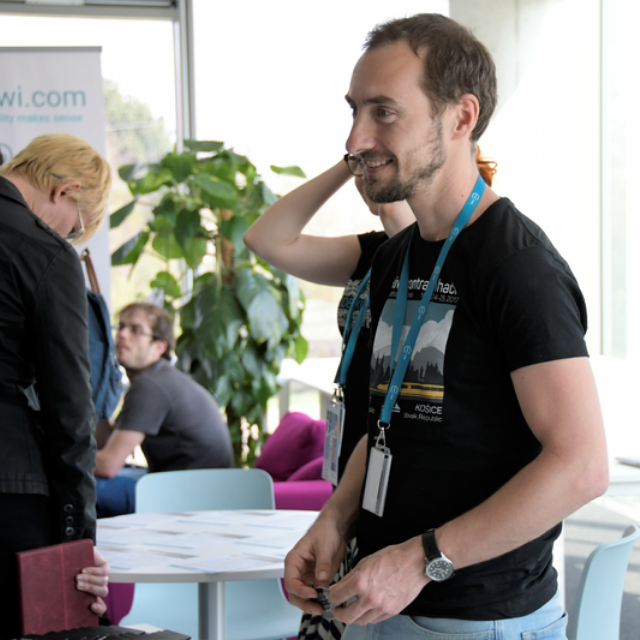 3. Trust people by paying them well from the very beginning.

Being a manager means that I’m bringing new people to the team and also deciding their salaries and bonuses. I remember I had one experienced person with rather high salary expectations. I made the decision that this individual would start on a lower salary level and (provided they achieved good results) this would be increased accordingly over time.

Their perception of this approach was quite different and they saw this move as a lack of trust. It seemed to me, they were performing according to the salary given, not according to the salary promised. They expected a salary rise to feel the trust to perform, I expected them to perform to gain my trust first. Both of us were unsatisfied and the team was not performing to its full potential. Over time, I realized how having a fair salary from the beginning made skilled and experienced people really committed to the job and to the company.

4.  Listen carefully and act based on it. More than listening to yourself, your colleagues want you to listen to them.

Another colleague of mine in the team was given a satisfactory salary and worked hard. That person was one of the core pillars of the team. They expressed a continuous dissatisfaction with being overworked. I was trying to listen and be supportive but as long as they were delivering, I wasn’t much into changing anything. They eventually burnt out and left the company. That not only had a serious impact on the team performance but also made me conscious about potential harm I could do to others, pushing projects forward and not paying attention to the human aspect of the team.

After some time at Kiwi.com, I was about to meet our CEO Oliver Dlouhý for our first official 1on1. I prepared for the meeting, however, I did not share many details about what I wanted to discuss with him in advance. When we started the video call, he (quite rightly) was slightly annoyed for not having any agenda sent to him in advance of the meeting. He politely stated the need to have a relevant agenda in advance which I should have provided.

So, the final lesson, for any meeting you attend, is to provide a straightforward agenda with clear expectations in advance. Do not waste people’s time with unnecessary or unprepared meetings and do not invite people to meetings where there are no clear expectations for them.

Interested in joining Kiwi.com and boosting your career? Hurry up and check our open positions!