Gisele was born in California, U.S.A. An engineer at heart from a young age, she went from enjoying playing with anything she could build with as a child to eventually becoming an engineer for the US military.

“As a nuclear engineer, I learned a great deal about applied physics, chemistry, nuclear engineering, and about life overall. When it was time to transition into civilian life, it was during the .com bubble, in 2000, I had the opportunity to work in Silicon Valley where I experimented with a few engineering roles before shifting focus to the product.”

Ultimately she found her way to the East Coast of the United States to embark on what would be the start of a 10+ year career in travel. During this time, she’s had the privilege of working across just about every vertical: accommodation, flights, ground transport, in-destination activities to some extent, and even a short while on restaurant products. 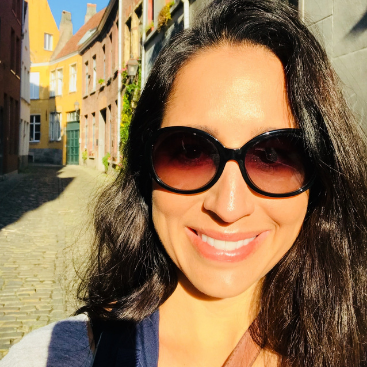 Can you tell us what prompted you to consider moving into the travel sector?

I love solving problems and earlier in my career I was joining companies where there were interesting problems to resolve that I felt I could help solve. At some point, I decided to take a step back and ask myself: ok, there’s a lot of interesting problems, but what is the one problem I really want to solve next?

And, as I love traveling, I decided to move to the travel sector to be able to improve the traveler experience based on my own experiences of friction throughout the process. That’s how I became a part of TripAdvisor – that was a travel company I was very familiar with as a consumer and I was so in love with that space. I targeted them, we worked together to craft a role for me, and that marked the beginning of my journey in the travel industry.

Is there anything that has already surprised you about Kiwi.com? What are your first impressions?

It’s still early days, but one of the things I noticed is that there’s a high percentage of Kiwis that have been here since almost the beginning or since the company was still quite small. It’s a very competitive market and difficult industry and the fact that there are still many people that have been here for so many years, that’s something really precious that should be preserved.

The company also exceeded my expectations in various aspects. For example, the fact that there are OKRs (Objectives and Key Results) in place. There’s a lot of credit to be given to where Kiwi.com is at with the processes today, even though, as always and everywhere, there is and will continue to be room for improvement.

That’s easy: problem-solving. Thanks to the military, I learned not to fear problems, but instead attack them in a very systematic way. It doesn’t mean I assume I’ll always get it right. I actually might get it wrong sometimes, but you learn and are successful usually because of the learnings from when you got it wrong. In the end, success is a solution that solves a real problem. 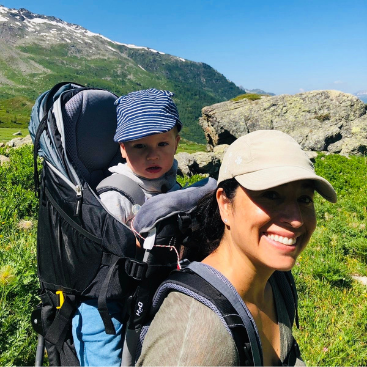 Do you have a favorite destination?

There are many places I love but I have a few favorites. I love Asia: Japan, and a lot of various parts of Southeast Asia. Indonesia – Bali in particular is a special place for me.

On the other extreme, I love Norway. Once, together with my partner, we spent a week backpacking through the Hardangervidda, a mountainous plateau that has all the elements you can imagine.  The idea felt a bit uncomfortable but I decided to do what I learned to do in life: to go head-on into the fear and go for it, with all you’ve got. It was brutal as you would get hail, snow, rain, high winds, mud pits, sometimes all within just a 2 hour period. But it was also incredibly beautiful. You become almost one with nature, the sky, and the elements – that’s really a life-changing experience. It was one of the most impactful things I’ve ever experienced.

What do you enjoy doing in your free time to disconnect from work and relax?

Anything involving the outdoors and exercise – hiking is one of my favorite things. I live in Holland which is a very flat country, but luckily the Ardennes and the Alps aren’t that far, so we usually go there a couple of times a year. At home, it’s a mix of running, cycling, and playing with our labradoodle puppy and my 4-year-old son.

What’s your favorite book? Or perhaps there’s something you have read recently and is worth recommending?

I’m a big reader, so having one favorite is impossible. Right now, I’m reconnecting with some of Simon Sinek’s work. I find his content almost always relevant, no matter what scenario or situation I’m in. 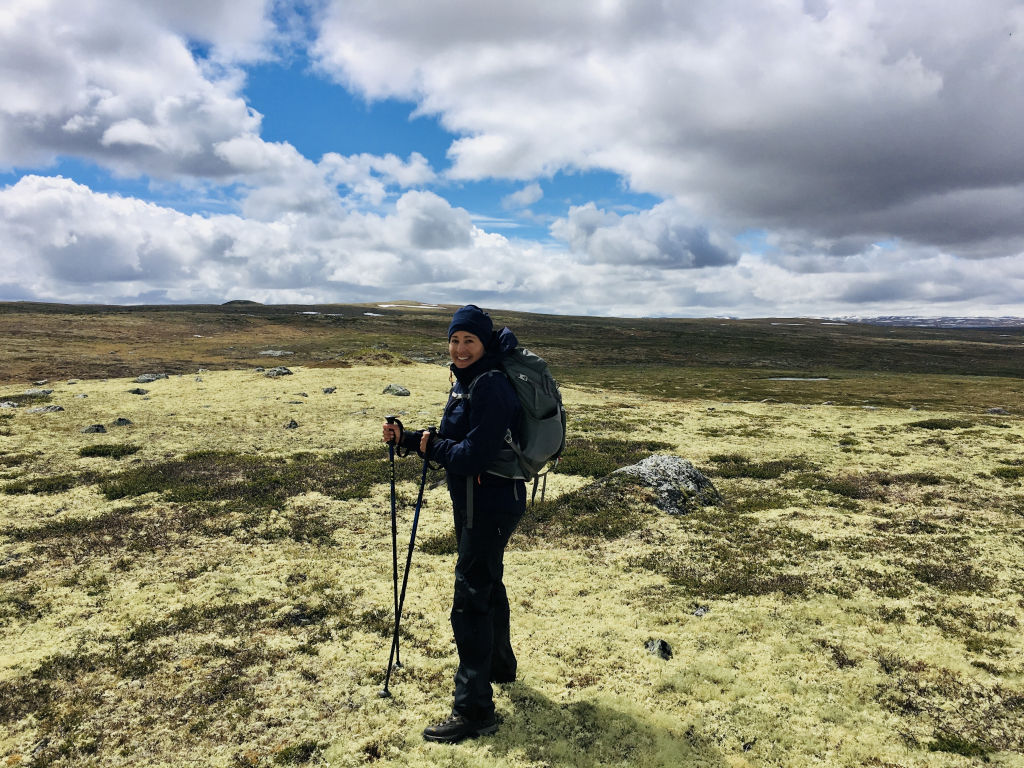 What’s the craziest, funniest, or toughest job you have ever done?

When I was 15 years old, I took some part-time work at a ski resort within the PR group of the Marketing department. In actuality, it was an in-person customer service job. Every day on the job, I had to stand in whatever weather conditions, outside at the base of the mountain in my uniform so people who needed assistance could find it easily. In the end, the job was largely about being the first level of contact for people who had complaints about something that was not going well. For example, people not satisfied with snow conditions or weather and wanting their money back, people with day passes but got tired after only half a day and wanted money back, etc. No one ever walked up to me and said “I am having such a nice experience, just wanted to give some feedback”…

Some days were brutal, but I learned a lot. In terms of myself and in terms of what it means to provide good service to customers, even when they are not being all that nice. 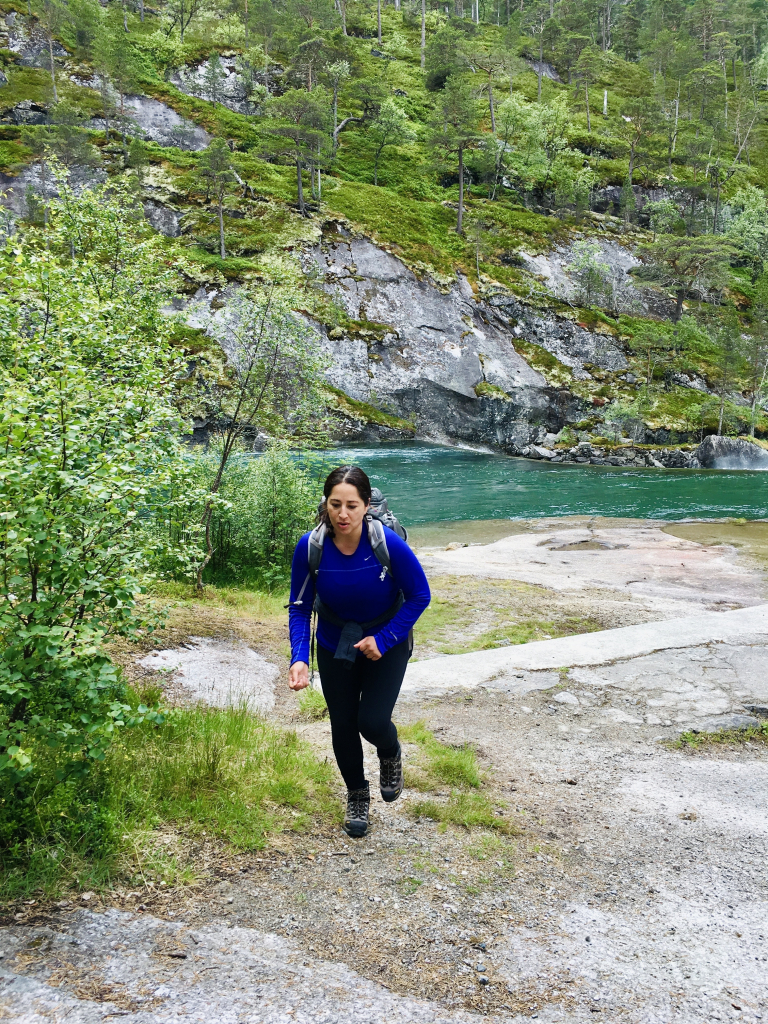 As our new Chief Product Officer, what is your favorite product?

There are so many products I love. A wide range of physical products, especially as it relates to product design, various web, and mobile applications, definitely many things. But I would say that overall it’s the products and applications that support connecting people who are not in the same place thanks to the internet. I have family and friends (and colleagues!) sprinkled all around the world. I myself have lived in many and visited many more places, and being able to connect from a distance is so powerful. Maybe not a single-product answer to the question, but this area has been such an impactful application of technology in my life, both personally and professionally. It has changed everything.

Do you want to join our Kiwi.com team and work closely with experts such as Gisele? Take a look into current open positions!