Kiwis are rather creative when it comes to working, free time, hobbies, traveling… well, in all aspects of life. People from different departments across the company team up to enjoy their mutual hobbies together. Let’s explore what’s going on in some of these free-time activity groups!

Running Day and Night Together 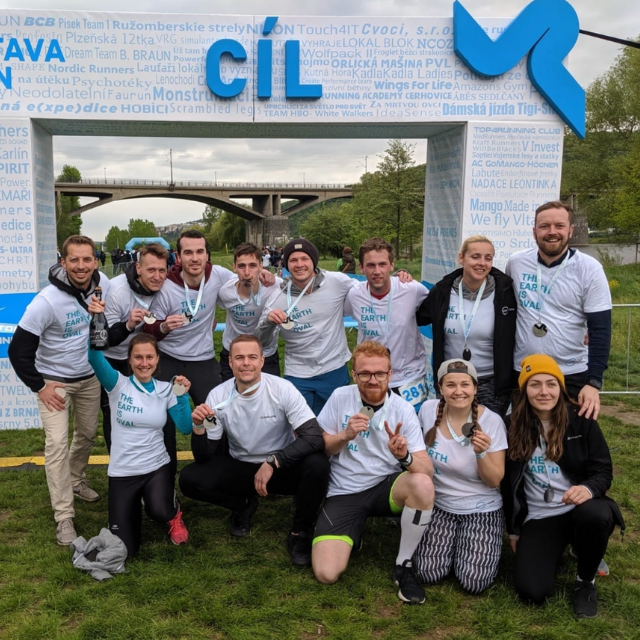 Erika Poliaková, our Affiliate Marketing Manager, belongs to a group of runners. Their training started back in 2018, when they decided to take part in Od Tatier k Dunaju, a famous Slovak running relay. They formed a group of twelve Kiwis and each member had to run approximately 30km! As Erika said, “That was a strong enough motivation to train harder. On the relays, we spent the whole weekend together in one or two cars, living and running day and night together. Each of these events is unforgettable and each of these experiences would be for a separate article!”

Before Covid, the running enthusiasts had a very nice routine. They met almost every Thursday morning at work and ran to a local game enclosure to enjoy the sunrise. After that, they had breakfast in our bistro where they talked about running, work, life, you name it.

Due to the circumstances, they now train mostly individually, and even the team run relays are canceled or it is very difficult to take part because of restrictions. However, thanks to modern technology they use a running app to keep track of each other’s runs and training. “The beauty of all this is that as a group we motivate ourselves so much – to train, run more, but sometimes even to wake up and come to the arranged early morning run because it’s a group run and others are waiting for you”, Erika added.

Opera is a Way of Connecting Too!

On a cultural note, Gustavo Olivieri from our Customer Support organizes opera trips. “It all started pretty much by chance, in the magical pre-covid times. We would go with a colleague, then with two. Then we decided to make it open so that everybody can join. Yes, going to the opera alone can be intimidating, but going with friends is lots of fun. Not only is it a great excuse to take the dust off those fancy clothes in the closet and enjoy an evening out of the ordinary, but also to disconnect from everything that impregnates our daily life.” he said. Gustavo claims that once you are in the theater, you are part of a different world, without computers, screens, or microphones. The group would meet once a month.

The Czech Republic in general and Brno, in particular, has a rich cultural life, with numerous open theaters, with performances conveniently scheduled at 7 pm, that are a wonderful after-office occasion. On top of that, Gustavo explains, it is really affordable with tickets costing less than an average meal at a restaurant. Gustavo’s favourite part is meeting different people in a different context, and sharing the experience together.

“The Barber of Seville by Rossini leads most of the ranks, as it has plenty of humour and singable melodies, like ‘Figaro Figaro Figaro’. It is especially dear to us because one of us even took the chance to propose to his now-wife after the performance. They are happily married now.”

Each opera performance contains subtitles, so everyone can follow the plot. Closed theaters forced people to enjoy their favourite pieces only through the screen. There are multiple streamings from all major theaters around the world. Their message is as follows: If you can’t go to the opera, the opera can come to you.

Becoming a Dungeons and Dragons Master

Ján Bielik, a developer from the Transactional Messaging team, is a dungeon master in his free time. He loves doing Dungeons and Dragons sessions! D&D is a fantasy tabletop role-playing game. Ján started playing when he was about 15 years old with his classmate. The number of game meetings have been decreasing since they reached adulthood. “It’s just more difficult to synchronise three to four grown-up people due to their duties. If possible, we meet at a player’s home and play most of the day, but also have a fancy huge dish in the middle of the session”, Ján said.

“People love this game because it gives them an opportunity to live a story as a fictional character they created, be it an elf or a dwarf. While playing, you solve mysteries and fight evil creatures, so it shows your sense of strategic thinking. Another good thing about playing D & D is that it is possible to play online!” Ján noted. 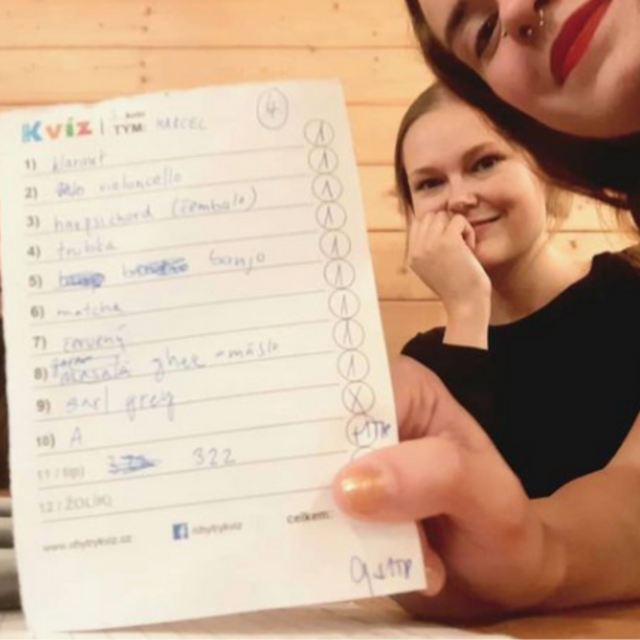 Zuzana Kováčová is one of our GDS ticketing agents. She attended a few Kiwi quizzes and really enjoyed it. When she found out there is an English Pub quiz going on every Thursday evening, she definitely wanted to try it out. Around ten teams with eight people in each, compete in five rounds of questions on ten different topics. What is Zuzka’s favourite part of the quiz evening, you may wonder?

“Almost the same teams take part each week, so we know each other pretty well, and I really enjoy the friendly, almost family-like atmosphere. Otherwise I just enjoy the whole evening – answering the questions and discussing it with my team or just hanging out with others during breaks between rounds,” mentioned Zuzka.

Quizzes made Zuzka educate herself on various topics in her free time. Her favourites are geography-related:  mostly maps, capitals, and flags.

“Luckily, a few people from other teams organise an online session once in a while. They don’t have such a competitive atmosphere when being done through the Zoom meeting, but it’s better than nothing!” she said.

Kiwis are a fun bunch of people with lots of hobbies! Would you like to join one of the groups?  Take a look at current open positions.