Welcome back to Humans of Kiwi.com, the project that brings together the Humans of New York photoblog and the Proust Questionnaire. For episode #3 we’ve met up with Partner Integration Lead David, who joined the Kiwi.com family in September 2016, and has shared stories about himself and his best travel experiences. Check it out!

Nervous. [Laughs] Nervous because of this interview!

I joined Kiwi.com in 2016. What brought me here is my beautiful wife. I moved first from India to Italy to get closer, and then from Italy to the Czech Republic. That was the journey.

Name one thing you like or love about your position

It’s challenging, it’s new and it’s creative. When you have a business relationship with any airline, there are needs that we need to fulfil. Or rather accommodate.

You have to use your head in order to understand the business and take it to the next level. This requires a little bit of creativity, some thinking outside the box. That’s also what makes it challenging. It’s one thing to deal with customers, let’s say B2C [business-to-consumer], on a day-to-day basis. It’s quite another to deal with airlines as customers.

Name one thing you dislike or struggle with about your position

I guess it’s part of the dynamic of Kiwi.com to have a lot going on, which can make things a bit demanding at times. It’s not something I dislike, it’s just that I need to get a bit more organised on a personal level. In other words, there’s a lot going on within the company, and so there is a lot happening to me as well.

To be honest, my current position was a goal of mine in terms of the skill sets I wanted to achieve. I don’t look at positions in terms of just getting to the place but I look at the skill sets that I can achieve, and this was the place I felt I needed to move to. So I wouldn’t consider any other department at this moment.

As a child, what did you want to be when you grew up?

A cowboy! [Laughs] It was, I guess, because of the old movies I watched. I liked playing around with the lasso. But it really was a short-lived dream. After that, I wanted to be a musician, which is an interest I’ve pursued more.

[Thinks about it] Adventures, experiences and culture. 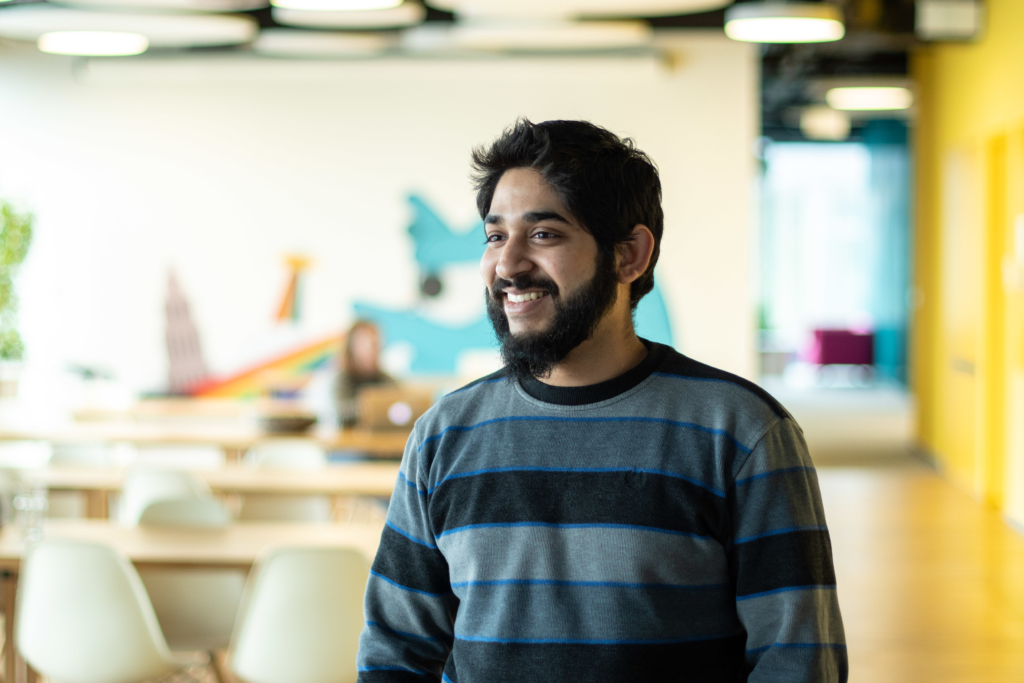 What is your ideal means of transport when you travel and why?

The rickshaw, the auto-rickshaw. Though that would work only if you’re visiting a city like Bangkok! That’s because it’s open-air and the whole experience is enjoyable. Like I said before, I like experiencing cultures, and one of the ways you can experience the culture of a city or a place you visit is through this kind of traditional transport.

Okay, that’s a difficult one. [Thinks about it] Well, the one thing I definitely love is the food!

The one thing I hate is when the stereotypical Indians travel abroad and make a mess of the surroundings. They think that because they paid for their travel they can do anything… But maybe I shouldn’t say this openly!

Malaysia. I went there on holiday with my family. They usually prefer nature-oriented trips. In Malaysia, we went to a 130-million-year-old forest called Taman Negara. I’m not sure about its age, I’d have to check that. [Laughs] It’s a virgin forest. It was one of the most exciting trips I’ve ever been on!

Name one place you haven’t visited (city or country), which you believe, expect or know will blow your mind when you go there

Australia. It would blow my mind especially because of the wildlife. I’m not sure where exactly I would go, I’d have to do a little more research about it. The thing is, I grew up watching Steve Irwin…!

What trip or travel have you loved?

When I travelled to Italy for the first time. It was in 2011, and I was with my parents. We went to Rome, Lucca, and Arezzo, and we stayed in a small farmhouse, or agriturismo, in a small village in Tuscany called Brollo. It was such a great experience.

So I went back a third time in 2014 during my Master’s. I spent a whole year there, again in Tuscany. I believe the previous trips, partly, made me choose Tuscany again when I had to decide where to spend my year abroad. Italy is a place I could just keep going back to.

What is one thing you couldn’t leave out of your luggage when you travel?

[Thinks about it for a while] Surprisingly, electronics. My computer and my Kindle. I really like to write or read when I’m going out, and I use these two things. I mean, I can do without the Kindle and read a book instead, it’s fine. And I can also use a notepad, it would be the same thing. But I’d miss my computer!

Backpack for sure. I don’t have a reason, I just like backpacks.

What travel incident will you never forget?

Something that stands out happened the first time I went to Naples.

I first came to Brno to visit my then girlfriend, and we decided to go to Ischia, a small island in the Gulf of Naples. At that time there were flights with Wizz Air from Brno to Rome, so we decided to take the Brno—Rome flight, and then travel on to Ischia. When we got to Rome, we found out that the short connection between the airport and the main station was delayed by half an hour. As a result, we missed the train from Rome to Naples — which is quite a long journey — and we had to take the next one the next day. That also meant we missed the ferry to Ischia.

It was quite an intense journey. I will never ever forget it because we had a rough night. We arrived in Rome in the evening, and we spent the whole night around the city. The next morning we wanted to take the earliest train out of Rome but that, too, was delayed, so we missed our ferry… again! But we eventually made it to Ischia! [Laughs]

What is your favourite sport?

What is your favourite bar game?

What is your signature drink?

Old Monk with Coke. Old Monk is a rum we have only in India. You can’t find it abroad, it’s not exported. It’s a sweeter, darker rum. It’s one of the first rums ever produced in India which is still going strong.

It has an awesome pirate bottle, exactly like the ones you find in movies, like the Pirates of the Caribbean movies. It’s one of the first drinks I ever had, and it’s still one of my favourites. I also have some here at home.

Where is your favourite place in Brno?

I think that would be the dam [Brno Reservoir]. I was born in Mumbai and I loved to go to the coast. Water plays a crucial role for me. That’s why I love going to the dam. Just to sit there and take in the air… That’s it.

The one about the travel incident would be my favourite question.