The interview with Dario Mustapić, the Customer Support agent

Have you ever wondered what it’s like to work at Kiwi.com? Well, you’re about to find out! We met up with three of our employees, Tania from Spain, Barbora from the Czech Republic, and Dario from Bosnia and Herzegovina. We talked about their Kiwi.com experience: why they chose to join Kiwi.com, what their journey has been like so far, and what makes working at Kiwi.com special.

Today’s chat is with Dario Mustapić, who works as a Front Office agent in one of the English teams in Customer Support. His journey to Kiwi.com started off almost by chance, but it’s one he’s definitely happy he embarked on! 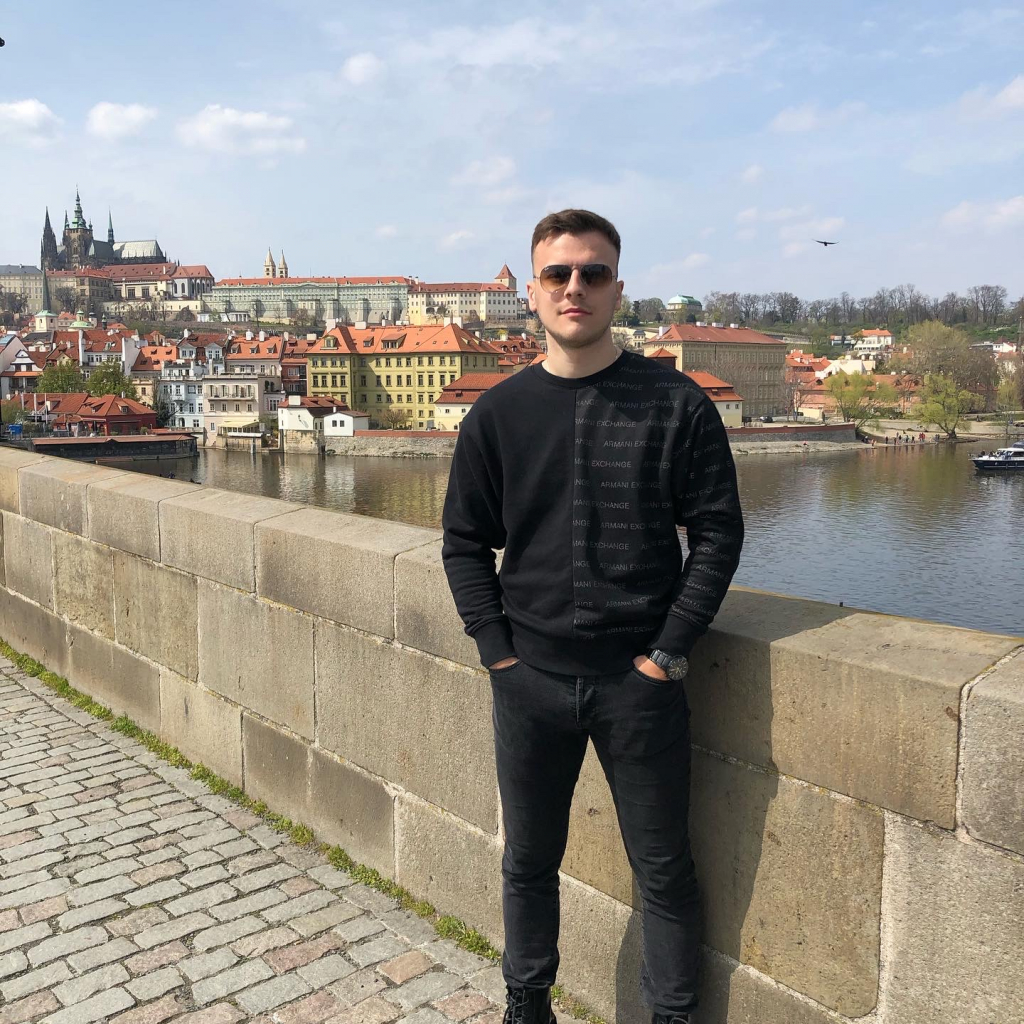 Hi Dario! When did you join Kiwi.com?

I joined in August 2021 as a Front Office agent. I work in one of the English teams.

In a nutshell, what do you do? What are your main tasks?

I’m mainly responsible for handling customers’ messages we receive via ‘Helpdesk’, the contact webform available in the Help section of the Manage My Booking page. I also take care of other tasks, such as passenger details correction requests and documents we can issue for the passenger to confirm that a flight or a reservation has been canceled. In other words, I handle all the Front Office tasks. I’m part of one of the English teams, which do not handle phone calls directly from passengers.

Of course, it can still happen that we have to call a customer, for example, if we receive an urgent request or something like that. But for the most part, it’s ‘offline’ communication, which, if you ask me, I prefer to Helpdesk messages. I know lots of people don’t feel the same about it, but I’ve adapted to the tasks really fast. What’s important is to check what happened in the case and that everything was done properly, and at that point, you just take the relevant steps in order to solve the request.

How did you find out about Kiwi.com?

I came to Brno in February 2021 as an Erasmus student. Then, just as I was about to leave the Czech Republic, I found a job offer on the Kiwi.com LinkedIn page for the Front Office position, and I decided to apply. I was just about to finish my Masters’s in Tourism, and Kiwi.com is somehow also related to my field of study, and that’s the main reason I decided to apply.

I applied to Kiwi.com literally four or five days before going back to my home country, Bosnia and Herzegovina, but when I saw the job offer, I just went for it. I’d grown to like the city by living here, and I saw that it offered more job opportunities than my country. So I thought, ‘Let’s see what happens’.

After I applied, I still had to go back to my hometown, because I’d already planned for it at the end of my Erasmus, and I still didn’t know how my application would go. I had to sort out some documents for the end of my studies.

What do you like the most about your job?

At first, I was confused, a bit stressed, not relaxed at all! As the months passed, though, I grew more and more familiar with the processes, and now I feel much more comfortable about it. I like it, it’s a good job. 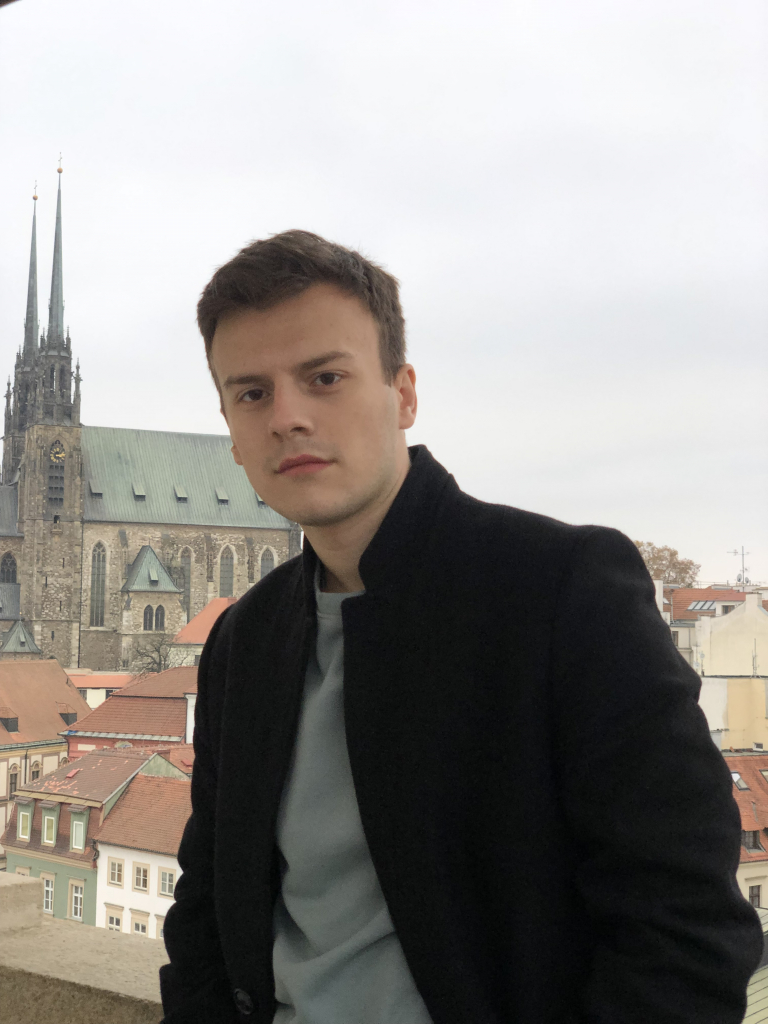 What do you find most challenging about it?

Sometimes it’s challenging to read the same messages over and over again, and also write the same answers. It can make you a little less motivated. I do my best to rephrase the messages, but sometimes it’s not easy.

Do you usually work from home or in the office?

I usually work in the office. I try to be in the office as much as I can, I think I’ve requested home office three times in the past four months! I feel more comfortable working from the office. My manager is also always here, so I can consult him more easily about things if I don’t know something, instead of waiting for a reply via Slack. I also like the working environment. When I’m home, it doesn’t even feel like I’m really working. Not all my team members are in the office all the time, but it’s okay, in this pandemic it’s right for everyone to decide where they want to work from.

You are a Front Office agent and of course, handle cases on your own, but you are also part of a team, what do you like about it? What are the greatest advantages of working in a team?

When they’re in the office, it’s very easy to just ask them questions, if I need help with something, or return the favor when they ask me something. When they are working from home, we use the team channel. My manager, too, is very willing to help, he’s always answering all my questions.

What do you like the most about Kiwi.com? Aside from your job, what’s the added value of working here?

I think Kiwi.com provides a very good package of benefits. I think many people are just used to them, and find it normal, but to me, it’s not. In my country, there is simply no company that offers free coffee, free breakfast, free gym, free beers, and so on. I was really surprised when I heard about all these benefits. I thought, ‘This can’t be it, there must be a catch!’ This is the first time I’ve worked in such a big company.

If you went back in time, would you apply again?

What’s so special about Kiwi.com?

I think it’s the environment. It feels good to go to work, and for me, that’s a first. In previous jobs I had, it happened that I’d wake up in the morning and feel like I wanted to go back to sleep. With Kiwi.com and with my job this doesn’t happen. And this is the most important thing for me: that when I go to work in the morning I don’t feel stressed, and when I shut down my laptop at the end of the day and go home, I still don’t feel stressed. That’s how working on Kiwi.com makes me feel.

When, how, and why did you move to the Czech Republic? What brought you here?

As I mentioned before, I spent my Erasmus here and I found myself returning to Brno when I didn’t expect it anymore. I’d already packed my suitcase and bought a bus ticket back to Mostar, my hometown, when I received an email, asking if I was interested in an interview. And I said, ‘Okay!’

I had the first interview, then I had the English test, and then the final interview. But after I applied, and before I received the job offer, I did go back home. I was a bit confused as to what would happen. I wondered if my experience was enough and if my English was good enough. And I had no plan B at all, so I didn’t know what to expect.

Then I got the job offer, and I told my parents, ‘Okay, I got back, but in ten days I have to leave again because I’ve found a job!’ 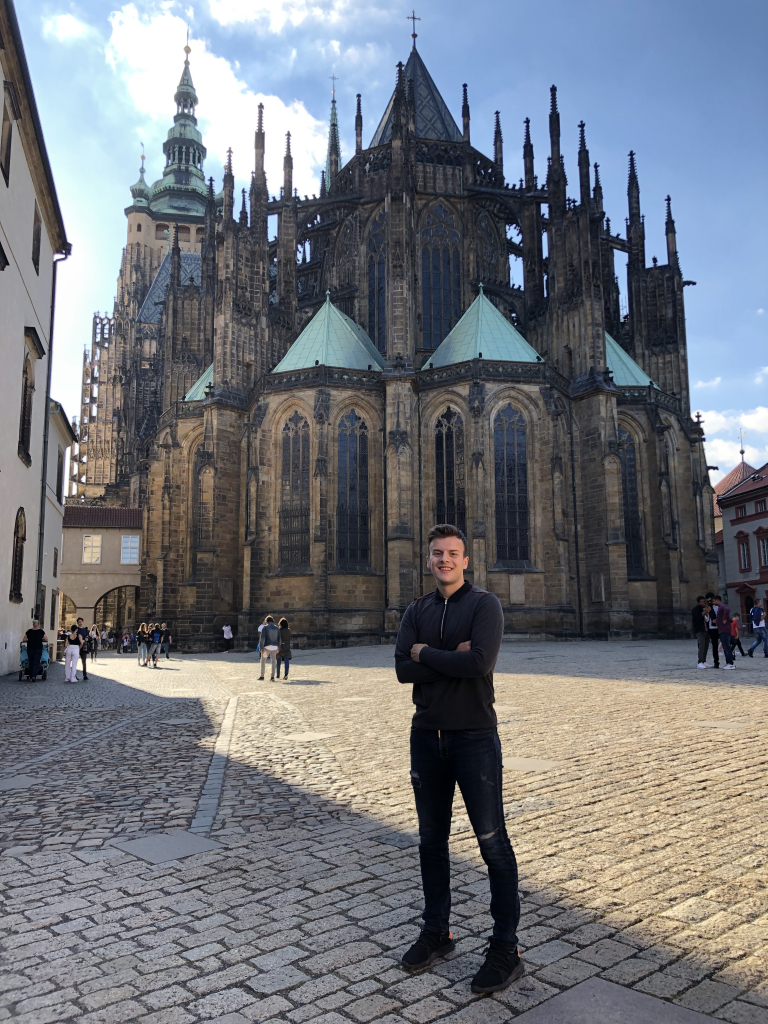 I like it. I’d never lived in a big city before – I mean, Brno is four times bigger than my city. I know it’s a small city for some people, but not for me. I still find it weird that I have to go to work by tram! But I like it.

The first time I moved to Brno was for my Erasmus. I had applied without any particular expectations since it was going to be my last semester. In the end, I arrived in February 2021. A couple of friends were supposed to travel, too, but they didn’t because of the pandemic. When I arrived, everything was closed. It was like this basically until June, so there wasn’t much to do, so it was quite weird, but it was a good experience anyway. We had some open parties, some parties in the dormitory, and so on. But of course, it wasn’t an ordinary Erasmus.

I think the city is quite safe, plus it’s a student city, so there are lots of things to do. And I like its location, you can easily visit several countries, they’re all close.

What do you find challenging?

Well, the weather isn’t always so good! It’s warmer in my hometown. But I think the main differences are connected with the culture and the way of thinking. I’m still in the process of adapting to the local culture.

In the beginning, it feels like here it’s more difficult to connect with people, to make friends than in my home country.

What do you miss about your home country? Are there any similarities between the two? What is different?

I can think of lots of differences, it’s not easy to think about similarities. Apart from the fact that both peoples are passionate about alcohol!

In my country, people are more extroverted than Czech people. But maybe there is one thing they have in common, and it’s their attitude toward foreigners. Both in Bosnia and here they’re a little wary, not very outgoing with foreigners at first.

How about the people? Have you met a lot of people since you’ve been here?

I have. I mean, most of the people I had met during my Erasmus are not here anymore, of course. But I have made friends within Kiwi.com.

Interested in boosting your career in Customer Support with Dario? Hurry up and check our open positions!