The streets of Prague were filled with rainbow flags, elaborate costumes and all around good vibes last Saturday, 10 August, as the city held its ninth Pride Parade; the biggest in all of Central and Eastern Europe.

21 floats, including our very own Kiwi.com wagon, gathered in Wenceslas Square for the four-kilometer long parade, which went around some of Prague’s most scenic places, such as Republic Square and the Vltava river, culminating on the Čechův Bridge. 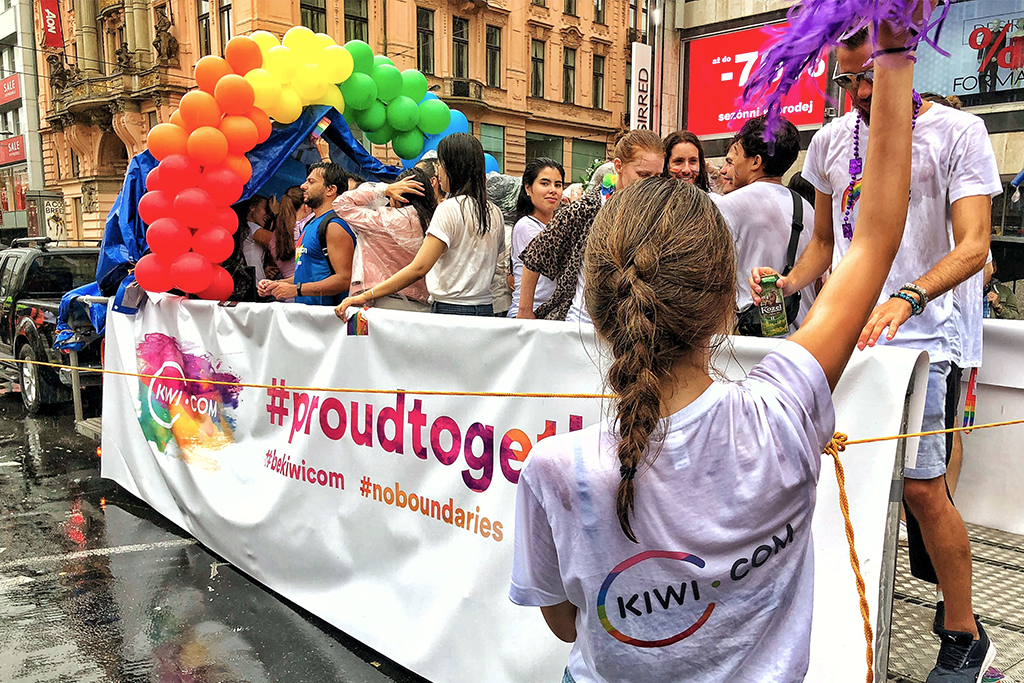 More than 25 Kiwis came together around a branded float with the motto Proud Together, to celebrate and support the fact that, like travel, love knows no boundaries. The atmosphere was full of support and understanding from queer people and allies alike.

Everyone arrived at the meeting point in Wenceslas Square, suited up in their Kiwi.com Pride t-shirts and looked up at the cloudy skies with the hope that it was not going to rain on this parade.

However, lo and behold, about an hour before the route began, rain came down upon all participants and marked the very first time in Prague’s Pride Parade history that the event was not blessed with good weather; of course it had to happen on the first time Kiwi.com participated, lucky right? Well in the end it was, because the pouring rain brought an extra element of freedom and allowed everyone to abandon all pretense and enjoy the day to its fullest.

During all three hours of the parade, music blasted from the float and it attracted a lot of participants from all demographics to march around the Kiwi.com wagon, along with their representatives.

The parade officially ended at Čechův Bridge, along the Vltava river and right in front of the Letná steps, at which point all participants had to leave their wagons and choose whether to go home or continue upwards to an area designated as Pride Park. 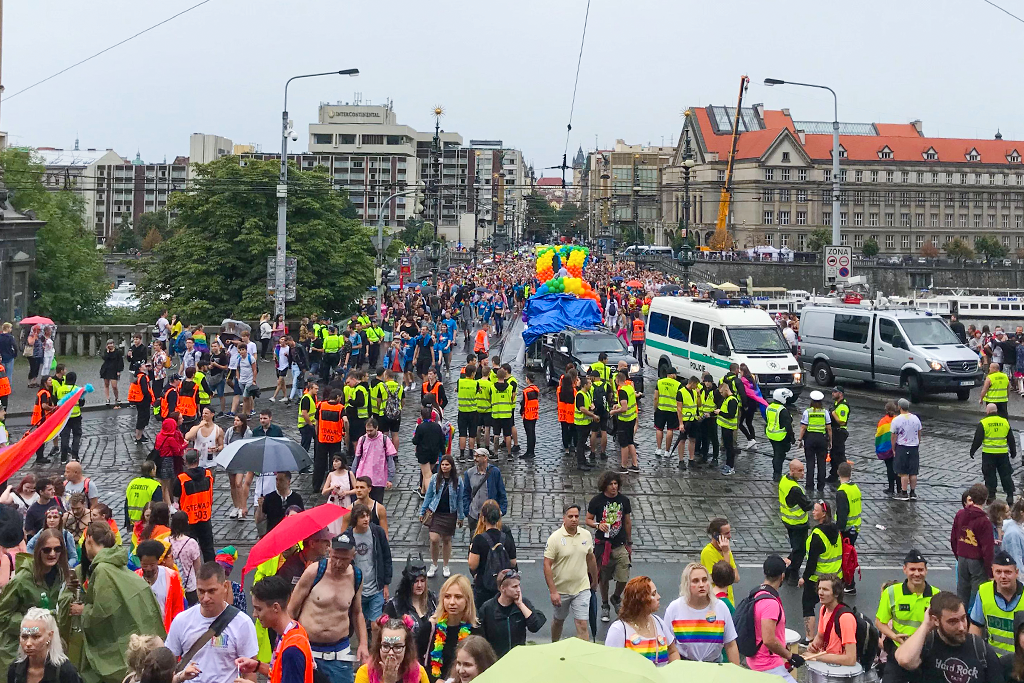 Most people, of course, continued the festivities at Pride Park, which was full of activities across four different stages with performances from local and international singers, DJs and drag entertainers. In the area you could also find tents from different ally organisations, as well as a wide variety of food and drink stands to satisfy all tastes and interests.

All in all, the event was full of colors, music, support and the community spirit shared by everyone involved, because not even the rain could stop this parade.