Meet the 10 employees that have been at Kiwi.com the longest: read their stories and find out their funniest, scariest and craziest memories at Kiwi.com.

Throughout my time at Kiwi.com, I’ve been changing my scope and area of responsibilities literally every year. I joined part-time as a copywriter, later on, we were starting our BizDev team and I was securing the first airline deals. Then I was starting the Data & Automation team, which later on has been split between Data Acquisition, Ancillaries, and Booking Fulfillment. Finally, I started the CS Systems team as well. Lots of stuff we have built from scratch!

There are plenty of moments I will never forget, especially our beginnings in the Business Development area which was a non-stop rollercoaster ride. For example, once we were in a hurry for an important meeting with EasyJet in London and we missed the evening flight from Vienna (operated by EasyJet by the way). We had to take a night bus to Bratislava to fly with Ryanair to London at 3:00 AM. After arriving in London, we were running late for the train to the city center, then we took a cab to the wrong place (the former headquarters of EasyJet), finally, we arrived five minutes before the meeting, after eleven hours of non-stop travel! And there are more stories like this from our business trips to the U.S., Indonesia, Colombia, Iceland, and Singapore… but for that, we would need more time!

What I love about Kiwi.com is that despite all the difficulties we went through together during the past months and years, still, the majority of the great people I work with are passionate about what they do and still believe in the great future of our company, working every day to make travel better for all our customers. 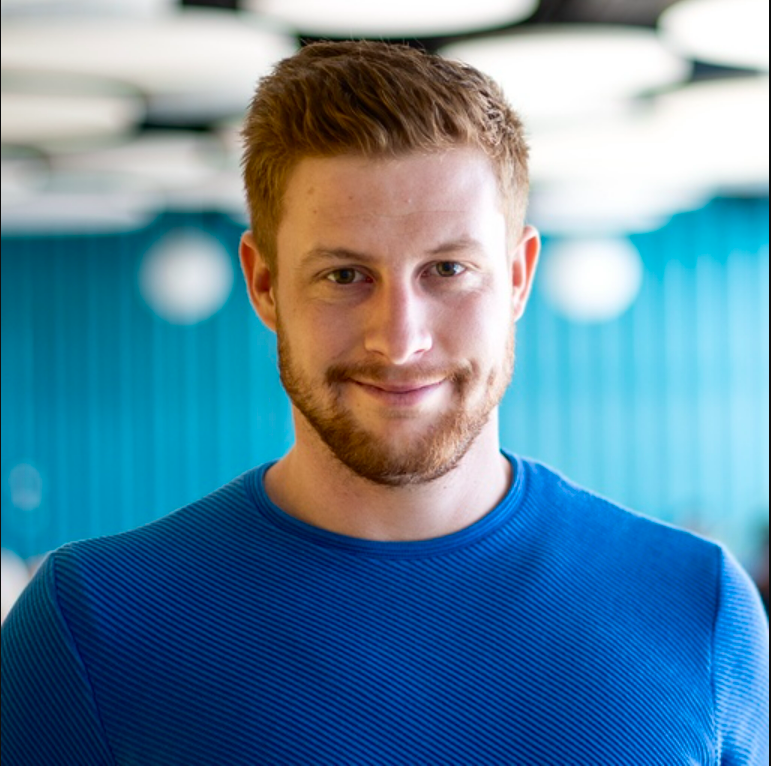 My previous employer put me in touch with Oliver, our CEO in 2013. I was asked to build Admin for Kiwi.com – an internal back-office solution for easy management of affiliates, airlines, and automats. I prepared a prototype, but I received feedback the solution must be done in Python. I had no experience with this language at the time, so I thought that would be the end of the collaboration. After several emails, we decided to revolutionise the industry through Apps Script and I joined Kiwi.com as a full-time PHP developer, hired some other folks to the PHP team, became a Technical Team Leader, and built our own internal messaging solution. What we missed most was the Product Manager, I volunteered for that role and switched from the Engineering line to Product. Today, as the Lead Product Manager, I try to keep the domain as agile as possible and generate high engagement of our customers with the Kiwi.com platform.

It was the day we rebranded Skypicker to Kiwi.com. My role in this project was to change our transactional emails into teal colour with a new Kiwi.com logo and to create a user interface for our brand configuration. On the big day, all the developers and others involved were in the office, waiting for a signal, hovering their fingers over their release button. The signal was given and the release began simultaneously on all fronts. Within minutes, Skypicker became Kiwi.com and it was something amazing. We lost Picky, but we proved that we can do great things in an extremely short time.

The ability to grow professionally and personally in an environment with a healthy balance between the start-up approach and the practices of large organisations. Knowing that with the support of the great team, I can change things, materialise great ideas and visions, makes me want to be part of Kiwi.com team. 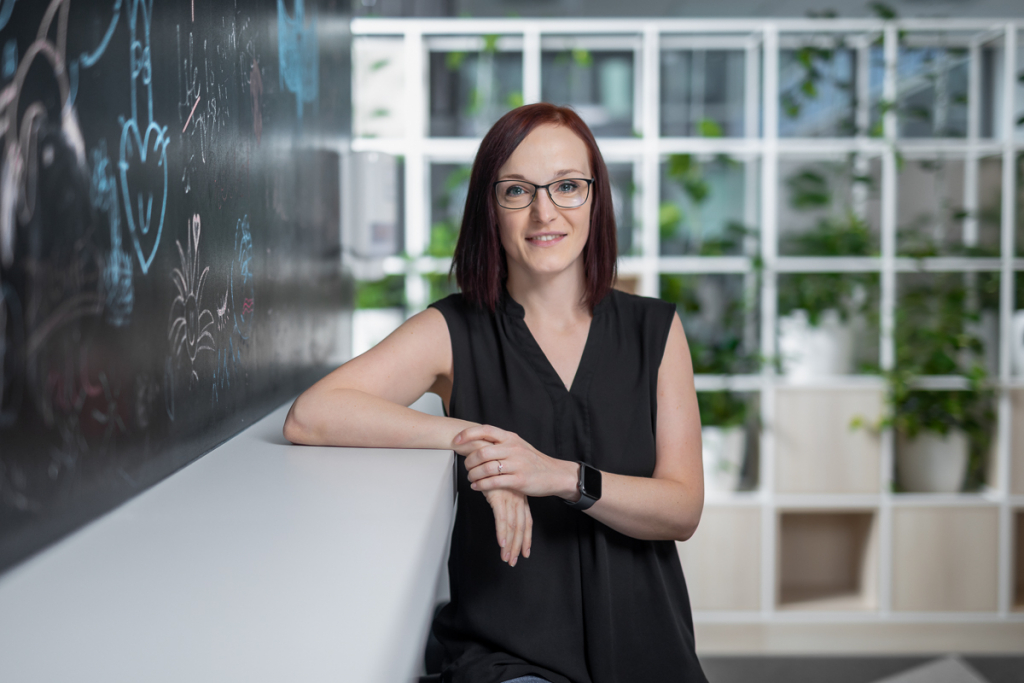 When I got to Kiwi.com there were only a few people on the team. Soon I started to look after our product and some basic processes for our growing team. My role and scope have been changing over time, and at the time we decided our organisation and business is big enough to introduce Senior Management, I became Chief Product Officer. The last change in my role was last year when we decided to invest more into our B2C growth and we realised that bringing onboard CPO with richer experience in this area could move our company miles ahead. I’m still fully dedicated and in love with our product and our company, and in my new role as Chief of Staff for Product, I’m looking forward to all new challenges to come!

Our team and culture, new challenges, and plenty of learning opportunities. And of course our product!

I found the offer for a back-office agent position and took it as a side-job during my studies. After a few months, I was one of the 2 people who started refunding customers. Then I created a predecessor of the Claims team, then joined Finance for a year, then returned to Claims as Operations Manager, and finally, in March this year I moved to Vendor Management.

That’s easy. Kiwi.com has always been a place with lots of great people and I have met many of my best friends here. It’s an honor to work with them and so many moments will stay in my heart forever. Not to mention the opportunity Kiwi.com has given me to grow professionally. 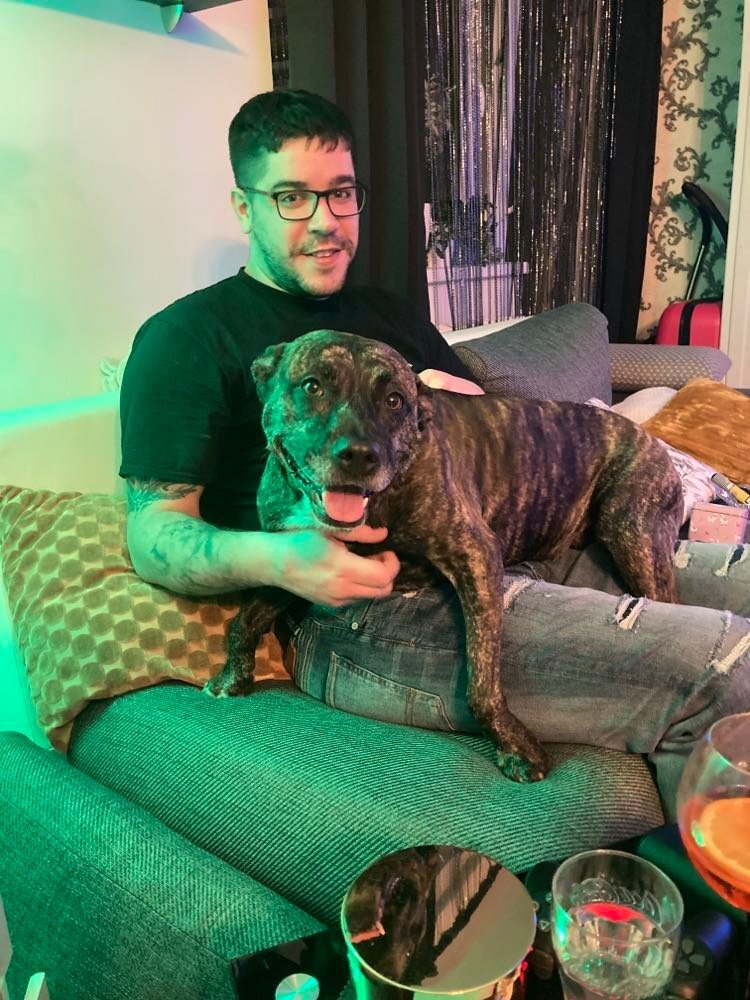 My journey started a few years ago as a Booking Agent. With time, I became a Team Manager and was sharing experience and knowledge with my colleagues. Currently, I am working as a Product Manager in the Search team. 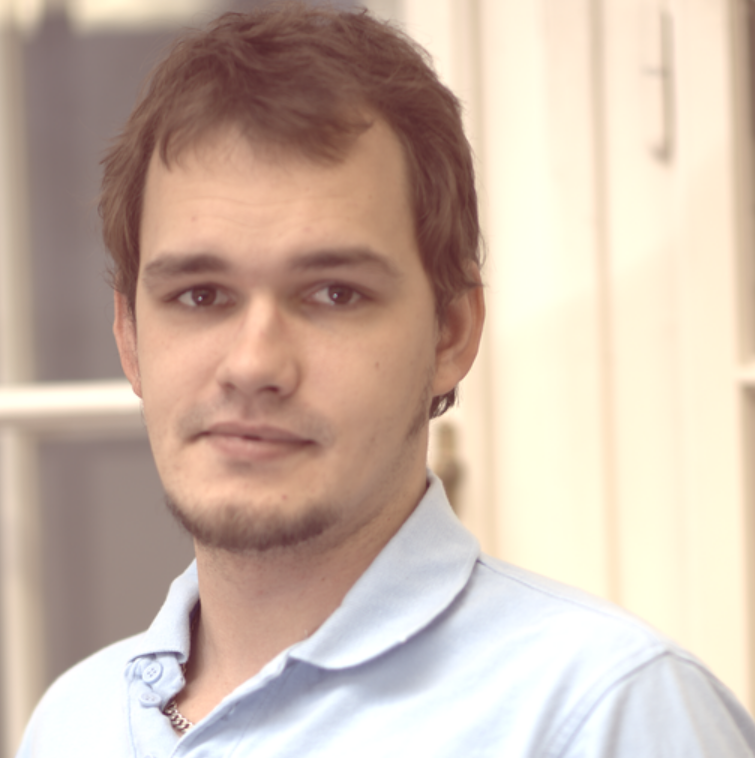 In the beginning, I was told that I should get familiar with the search backend part of our codebase, and I was going to work on it. After a few years, I started to work in the booking backend team. Then I work somewhere in the middle of the search and booking teams. Finally, I ended up in the search team, and I’m here today – the circle has closed. 🙂

I like my job and all the great people I am working with. When you are surrounded by good people inside your team, then solving everyday challenges is easier and even more entertaining. Then, it’s also about the future and what we can and will achieve as a company. 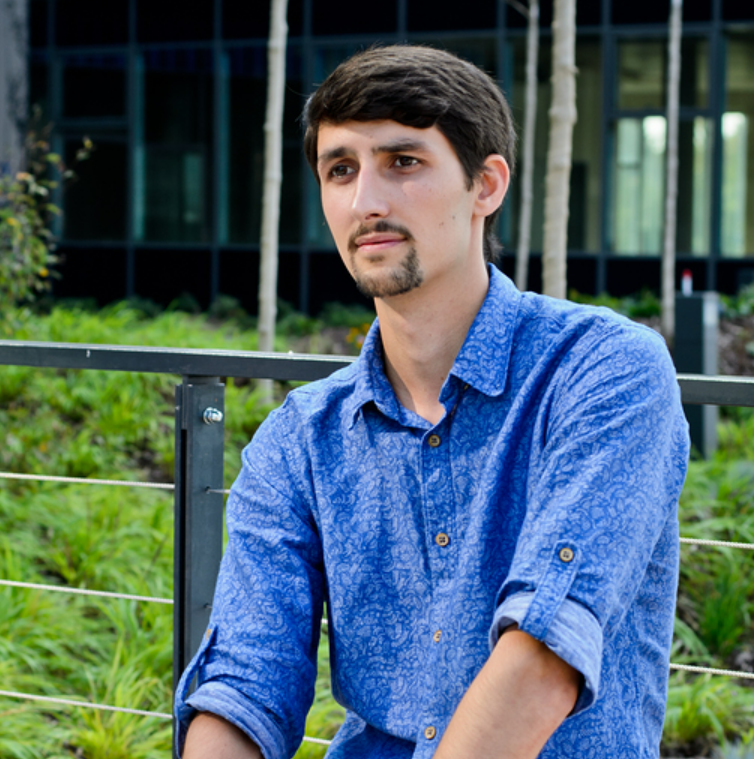 My journey with Kiwi.com started at my friend’s barbecue party where I was approached by a friend of a friend who asked if I would like to join the company. Since then, it’s been a hell of a ride. I started as a Booking Agent, processing reservations and providing support to our customers. Then I became Team Leader, and shortly after, Assisting Manager within the back-office department. Back then I was doing pretty much everything: recruitment, workforce management, payroll, drafting first processes, helping to shape our internal systems, managing people both in Brno as well as in our first vendor sites. Eventually, I became Senior Operations Manager responsible for the entire Order Processing team which is more than 500 employees globally.

Kiwi.com has become an important part of my life. Most of my close friends are also my colleagues and I love the “kiwi spirit” as such! 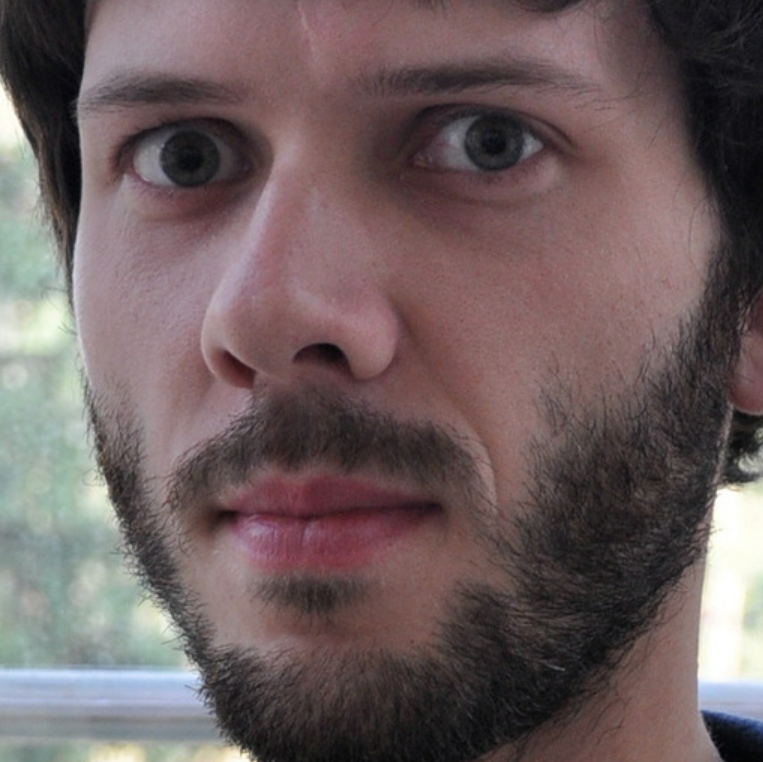 Skypicker was still quite small when I joined. I was the 2nd member of the Booking backend team. Three years later, we had over 20 engineers and it became clear we needed to split and form specialised teams. I was offered to form a CS Systems team, and after a while, suddenly I’m managing a tribe of 65 members. Despite the high-paced environment, I liked that everything was happening naturally and the company together with the whole crew was continuously evolving, while being able to create and sustain our great culture.

It was definitely my first week. I was invited by JK, our co-founder to visit the Skypicker office just to see if I would be interested in joining. I wasn’t really planning to change jobs, but as I lived very close to the office, I decided to go. And I entered a completely different world compared to companies I had worked for before. The friendly startup atmosphere was just amazing. I spent the whole day there, meeting people, seeing dogs running around, I did some coding and went for a beer in the evening. I did the same thing the next day and after a week, we agreed I would join full time.

The main reason to be part of Kiwi.com is definitely the people. A good team fit was always an important condition when hiring and thanks to that we still have almost a family-like atmosphere and a lot of good friendships, and Kiwi.com people are very caring and engaged. 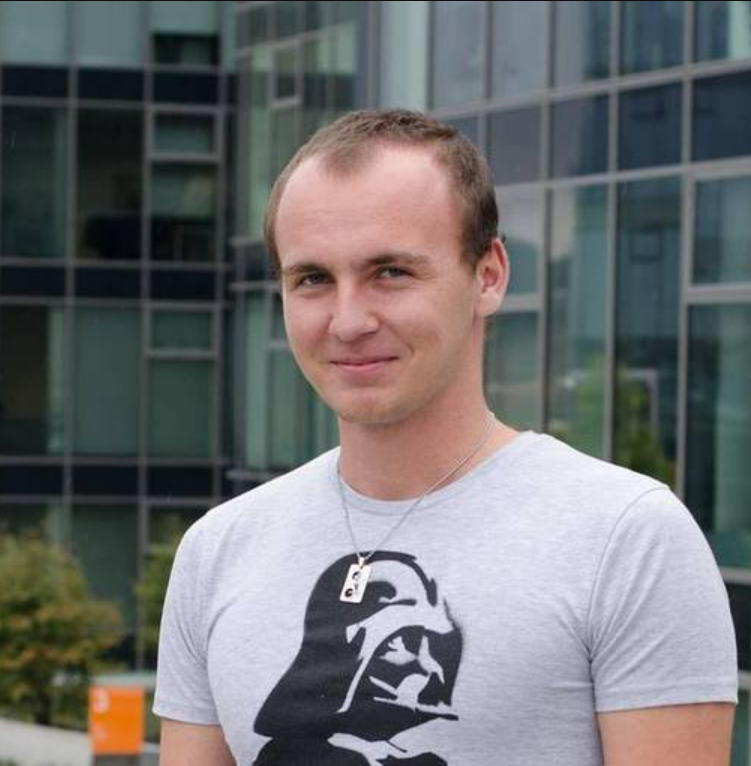 I started as Data and Automation Developer, and with time, I became responsible for the data-acquisition domain, managing three people. Within seven years, we scaled up our data-acquisition tribe to 23 of the best people in the world, formally split into three chapters.

Definitely people and the possibility of moving things to the next level.

If you are interested in joining these wonderful people at Kiwi.com and making your dreams come true as theirs did, check our open positions and join us in our exciting journey!