What does traveling mean for us? Why do we travel? How do we choose which trip was indeed our best one? Karen mentioned below that “traveling is being exposed to different ideas and perspectives that can change how one looks at the world and their place in it.” and Andreas said that it’s, among other things “about realizing that there’s always more to see, more to learn, room to grow.”

We certainly agree with all of that!

Read on to hear stories from Karen visiting the Arctic, polar bears, foxes, and walrus; Andreas from exploring Taiwan, and Romča’s stories of exploring Australia and New Zealand. 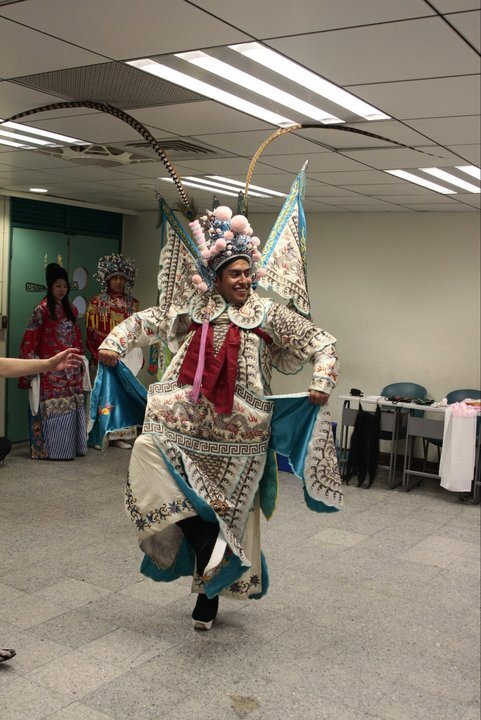 It was 2011 when I went to Taiwan. I was finishing my university studies in Colombia and a paper I had written was chosen for a Symposium at the National University of Taiwan. The symposium included more than 100 students from all over the world in a week of conferences, debates, and workshops. I wasn’t a stranger to Asia, as I had lived in Japan for 5 years previously, but I was excited to have a trip with all expenses covered while also boosting my academics. Seemed like a win-win! I didn’t just get a glimpse of Taiwanese culture, but I also got a quick “taste menu” of all the other cultures and nationalities represented.

The schedule included participating in workshops or conferences, with some University planned trips. Highlights are the visit to the National Taiwan Museum, to Chinese Sichuan Opera, lots of temples, visits to traditional candy factories, a bike trip to Elephant Mountain, a farewell party in Taipei 101, visiting Taipei’s night markets, and later enjoying a different disco/club. Every. Single. Day.

Of course, we were also young (I was one of the oldest in the group, and I was 26 at the time) so we had all the energy to do everything. It was hectic but awesome!

One of the best memories I had was a workshop on traditional Chinese opera. Somehow I got chosen to play the “Blue Flag General” with full outfit and makeup in a small rehearsal. No, I didn’t do somersaults in 6-inch heels as the professional performers do but it was an amazing experience and I was told my performance was pretty good. Maybe they were just being polite, but it is still a small source of pride to this day.

I wish to go back to Taipei someday. It’s beautiful and full of contrast. The architecture is gorgeous, and it’s hard to choose between the ancient temples and the ultra-modern buildings. The food was great, both the noisy but lovely night market stalls and the fine dining restaurants. I enjoyed the bustling cultural scene, from the sweet shops to the museums to the theater. Even if we went like crazy trying everything we could, we still needed more time to get everything Taipei has to offer.

To this day I still keep in touch with some of the people I met there, and definitely, they made this trip extra special, because overall that’s what traveling is about. It’s about meeting new people, putting yourself in somebody else’s shoes, and seeing the world as they do. It’s about challenging your preconceptions, and realizing the world you belong to is bigger and wider than you believed. It’s about realizing that there’s always more to see, more to learn, and room to grow.

And if you could do that while enjoying unforgettably beautiful views, then, why not? 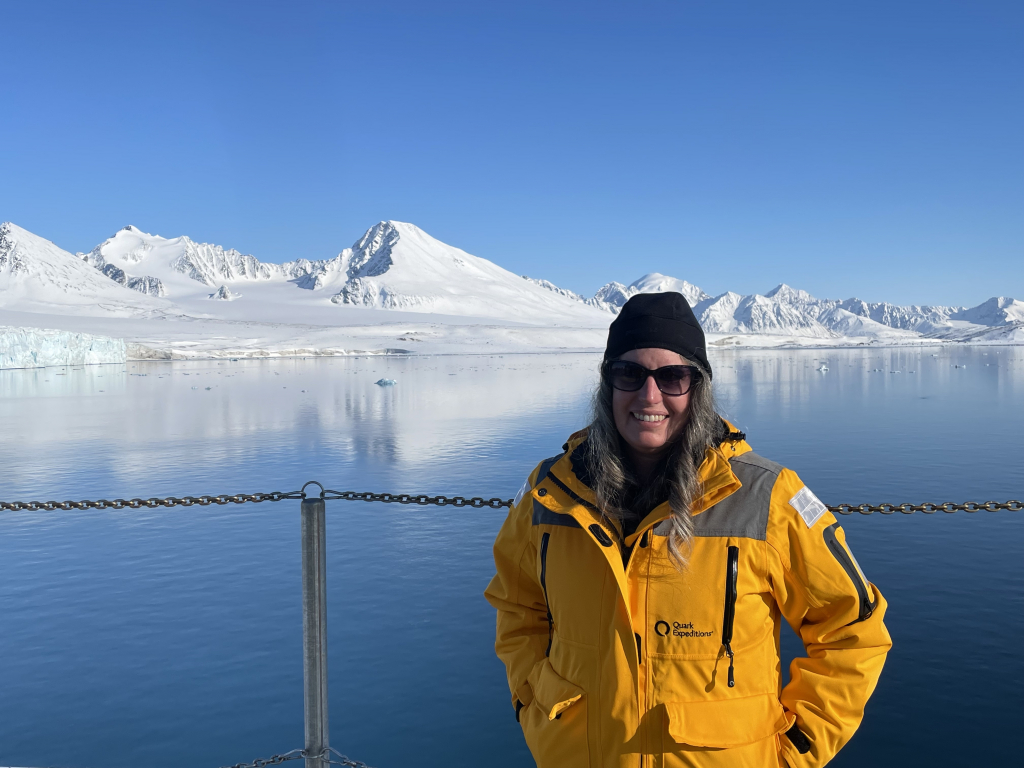 In 2020 I booked an expedition trip around Spitsbergen, which lies about 78° N 12° E in the Arctic Circle. The trip promised 10 days of exploring fjords and glaciers, with wildlife opportunities to see birds, walrus, reindeer, Arctic foxes, and of course, the polar bear. Two years later, in May 2022, my husband and I finally embarked on the trip! We cruised around the Svalbard archipelago and fjords, paddled around ice chunks in a kayak, went for hikes on ice shelves and land, and even followed a polar bear (from the ship, of course, they are very dangerous!)

We got to explore a part of the world we don’t know much about. Trekking on the “fast ice” (sea ice that is “fastened” to the coastline) and seeing a walrus haul out or having Svalbard reindeer walk right up to us was incredible. Each day was packed with new adventures, breathtaking scenery, and unique photo opportunities. We also experienced 24 hours of sunlight, which made it hard to want to go to sleep each night – especially when a polar bear snoozed on the shore in plain sight.

Something fun we got to do was the “polar plunge” in the Arctic ocean. We lined up in our bathing suits with music playing, excited and nervous to jump into the water. I just remember it was really dark and very salty, which I was not expecting. I swam to the ladder, thinking it wasn’t really that cold until I tried to climb the ladder to get out. That is when I realized I couldn’t feel my hands or feet so it was hard to climb up! They gave us a towel and a shot of vodka after. 🙂

I’m very grateful that we could experience this and learn more about the importance of the unique Arctic ecosystem. To me, traveling is more than pretty pictures for Instagram; it’s being exposed to different ideas and perspectives that can change how one looks at the world and their place in it. 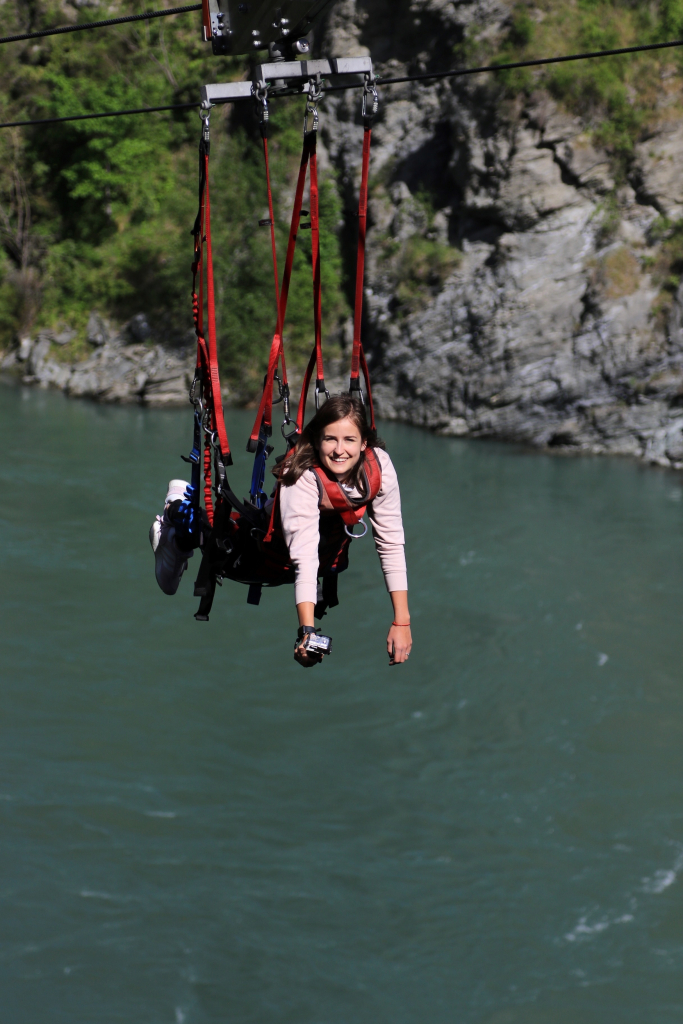 About 4 years ago, my best friend moved to Australia. It was around the time I graduated from my University and at the graduation I got a surprise ticket to go visit her.

Of course, I did not want to “waste” the time when already on the other side of the world, so we booked additional tickets as well – Australia to New Zealand –  and that’s how we sealed the deal on the best trip ever! The plan was to go to Sydney, meet our friends there, then take a car and drive down a scenic road to Melbourne. We did some stops here and there, met some kangaroos, parrots, and other not-so-common animals like fruit bats or Ibis birds, and went to a “squeaky beach” (yes that really exists – the sand makes a squeaky sound when you step on it – just google Hyams Beach!) and finally stopped in Melbourne.

Melbourne was a food tourism stop. That’s where our friends lived so we got to experience the local life as well – that’s actually what I always love the most. It gives you a really unique experience, so if I can give advice to anyone, it would be to always to try to find a local person to show you around!

After exploring Melbourne, we took a plane to New Zealand where we spent 5 days, each night at a different spot. The first unique experience was right at the airport – apart from a security & passport check, you have to go through a biosecurity check so they can check your luggage for any seeds or nuts not local to New Zealand. We then rented a car and visited many places, including the  South Island, Wanaka region, popular for its beautiful lakes, and went for a hike under Mt.Cook in Aoraki National Park. We also saw a fiord in the Fiordland National Park, which was ranked the world’s top travel destination.

We drove around the shore and saw some more cities like Dunedin, Moreaki (known for its beach boulders), Christchurch, and finally, Auckland, where I bungee-jumped from Auckland’s tallest building – the Sky Tower. I saw SO MANY sheep, cows, and ducks. We had to stop our car multiple times to let sheep and cows pass through. Scenery-wise, it was all so green and beautiful. If you imagine the greenest green you can – that’s what most of the South Island looks like.

If you ever hesitate about whether visiting the other side of the world is worth the effort & long flights, don’t. Australia and New Zealand should be on top of your travel list!

Interested in joining Kiwi.com and creating traveling memories with our Kiwis? Check our open positions!