Interview with Vladimir “Alf” Alfery, the Head of Data Acquisition

Vladimir Alfery, or as most call him, Alf, has been with Kiwi.com from the early beginnings. Starting as a junior developer before the term was used in official job listings at the company, he quickly made his way to building a team of his own and today he is the Head of Data Acquisition. In this interview, Alf shares his challenges, triumphs, and the knowledge he’s acquired about leadership over the span of his career.

Please tell us a little bit about your journey. What brought you to the point you’re at now?

During my childhood, I spent a lot of time playing with Legos. My family, especially my dad, is interested in flying skill models of aircraft, and I spent dozens of hours playing with and creating, scale models. In secondary school, I started to play with programming. I did some projects with the embedded system; for example, I built some autonomous stabilization for the models. After that, I managed to get into the university in VUT Brno and started to program more and more.

In the first semester of my bachelor’s program, I joined a university research group; one of my classmates joined Kiwi.com and we somehow connected. I joined Kiwi.com as a backend developer while I finished my bachelor’s at VUT (IT) and my master’s studies at MUNI (IT + management). During this time, we managed to build a team of 26-27 people split into three chapters. For me personally, it’s a good journey. 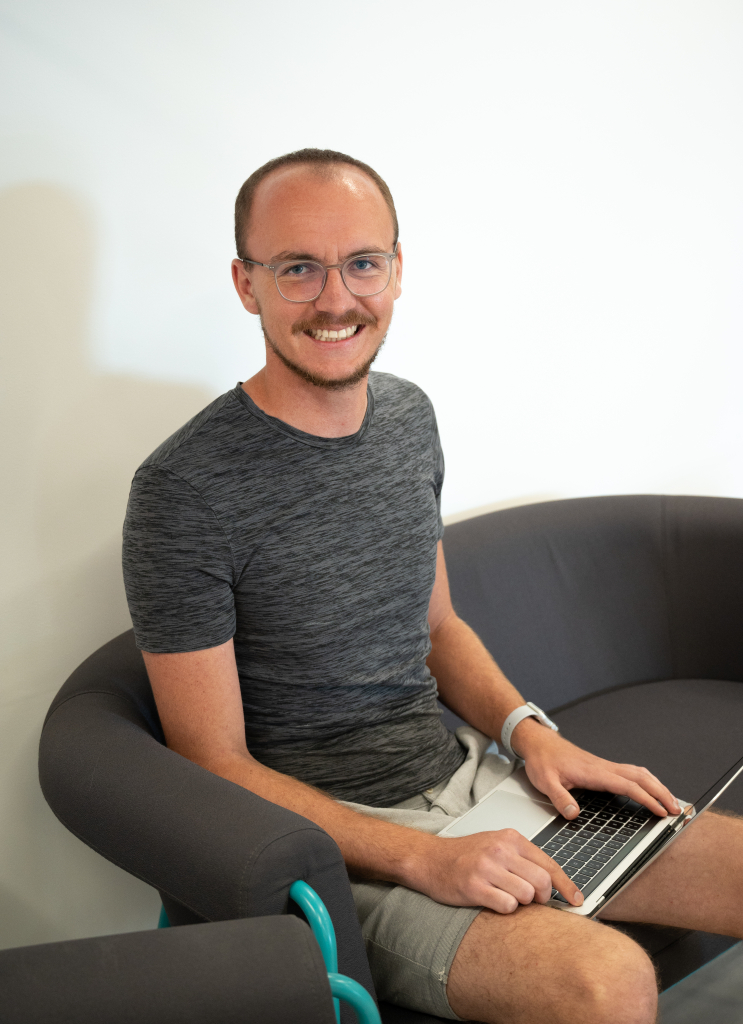 How does it feel being with a company from such an early stage?

I’ve been here for 86 months, so it’s more than seven years. 86 months look much better than seven years. I think that at Kiwi.com, I’m not part of the human resources inventory, more like the facility inventory. So they have chairs and tables, and there is Alf. They’ve counted me as a part of the company from the beginning. I think I had the number 17 or something like that on my ID. I didn’t expect to spend so much time here, but it worked out. Actually, even in my free time, I’m trying to collect and prepare material we can leverage during work to move things forward.

What is your favorite thing about working at Kiwi.com?

It’s cliche but – people. Definitely the people. We managed to build a great team and it’s a pleasure that I work with individuals that are bringing their own ideas, not just fulfilling some tasks that somebody prepared. We are open to using anything that makes sense and can move us forward, so we pretty much have open hands for trying new stuff, moving around some new technologies, and sometimes trying dead ends and nobody’s punishing anybody for that.

Do you have any favorite projects you’ve worked on so far?

I find satisfaction in large but also small projects. I remember the first time we sold our first bus ticket; it was the first time we expanded from the air to the ground. We did many great things connected to building our ability to gather data. I’d say building that knowledge and building a great team that can handle the challenges we are facing every day.

We managed to bring to life the “Erasmus student exchange program” within our company. So we pull some people from one team, move them to another team for some specific time and they help that team and also try to identify some synergies and gaps that we can somehow fulfill or fix. It means that we have a system that allows upscale people to identify problems within several teams that are solved by people or bring ideas to fix them. It helps from several points of view, not only from the product/technical point of view but also from an interpersonal point of view. People are talking about these things together; that’s the benefit. The teams that we are trying to improve don’t take it as a push from outside, but they get it much better from the people that spend for example ten days in the office with them and really understand the system that they are working with.

How do you manage your work-life balance currently?

I’m trying to balance it, but it’s my decision to use more energy than the company asks of me. I can for sure set up an alarm so I can say, okay, it’s been 8 hours and 30 minutes and it’s time to go home. I can do that some days, but sometimes it doesn’t happen although it’s important to let yourself stop thinking about work. The past year I bought a vineyard, so I’ve been spending a lot of time there actually some unwanted animals came out a month ago and everything green is already gone. This year it will be very easy for me to maintain it. Also, I have some interest in 3D modeling and 3D printing. 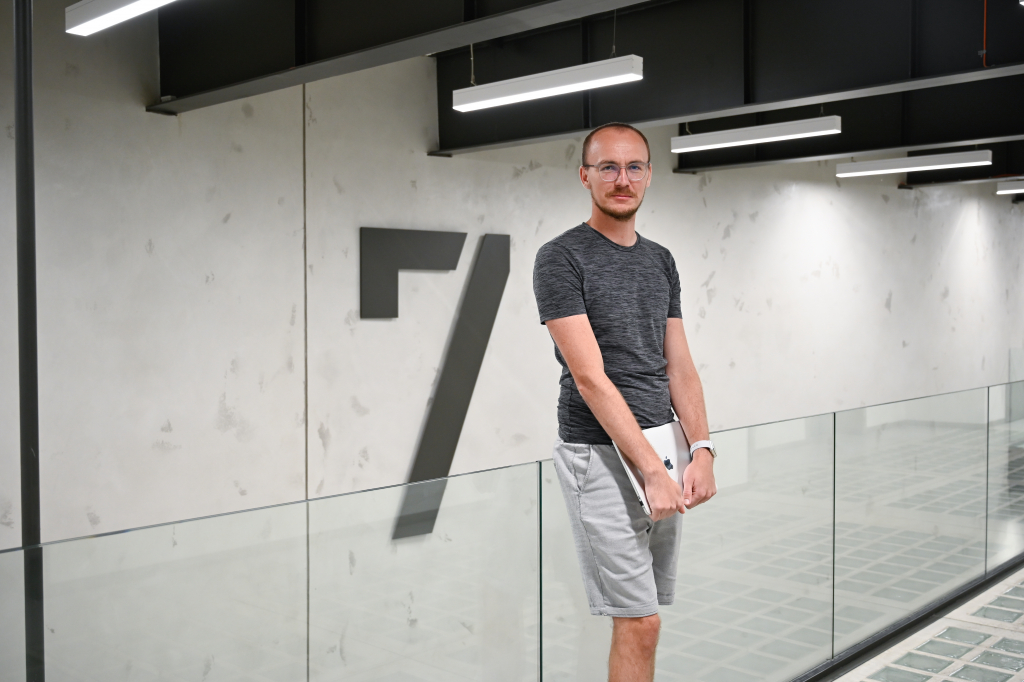 What kind of 3D projects have you been working on?

I did something a few days ago – a rainwater collector for the roof and it’s modeled as a mathematical function. Also, I printed a phone holder for my car. I found a model online, and I remodeled it. My girlfriend says that I’m not able to sit in one place. I’m trying to do everything. After work today, I will drill about 70 holes in the wall to put shelves in, because why order fitter when you can do it yourself?

What’s the biggest challenge that you’ve encountered so far in your career?

Realizing that I do not have to know everything. It took me some time to see that when I have the right people around, it’s the only way things can be scalable and doable in the long term. Somebody needs 20 things from me, but I can do only ten because I only have 24 hours, not 400. So that was the thing – I don’t have to know everything. Just to have the right people that I can trust, that can ask for help and inform me about problems when some fire comes.

What do you wish you knew earlier about your role?

You have to delegate responsibility to build trust as a leader. If you don’t share the responsibility, you cannot build enough trust to do what you need to do. Another thing is providing the right context – probably one of the greatest ways to motivate people. A person who knows why they should do something and how it affects the greater good is the most powerful one to work with.

What are your favorite learning resources that you use to keep up to date with the industry?

Normal newspapers, technology newsletters, and websites like Hacker News for coding. Stack Overflow is nice because we can find the code for certain problems. Some blogs from universities are also interesting. I also spent time with the final papers of university students because they had to invest their time to do it properly, especially for some math problems. That’s a great resource. Basically, I’m trying to prevent calling everything that comes in spam, because for some use cases it came to me and it might be beneficial for me somehow.

How do you deal with team members when they aren’t performing up to standard?

From my point of view, the most important thing for a leader to understand is people. It’s one of the hardest things for everybody, aside from assigning the right people to the right things. A job that suits one person won’t suit somebody else. It’s about creating an environment that allows people to bring their ideas without problems, without fear of speaking about something. Everyone has their own needs, so I would say, to be patient with them. There might be some other problems in the family, health issues, etc. So it’s about feedback; trust that if they have a problem, they can speak about it with you. If you are thinking or have some signals that something doesn’t work as it should, it doesn’t make sense to wait. You have to address it as soon as possible. 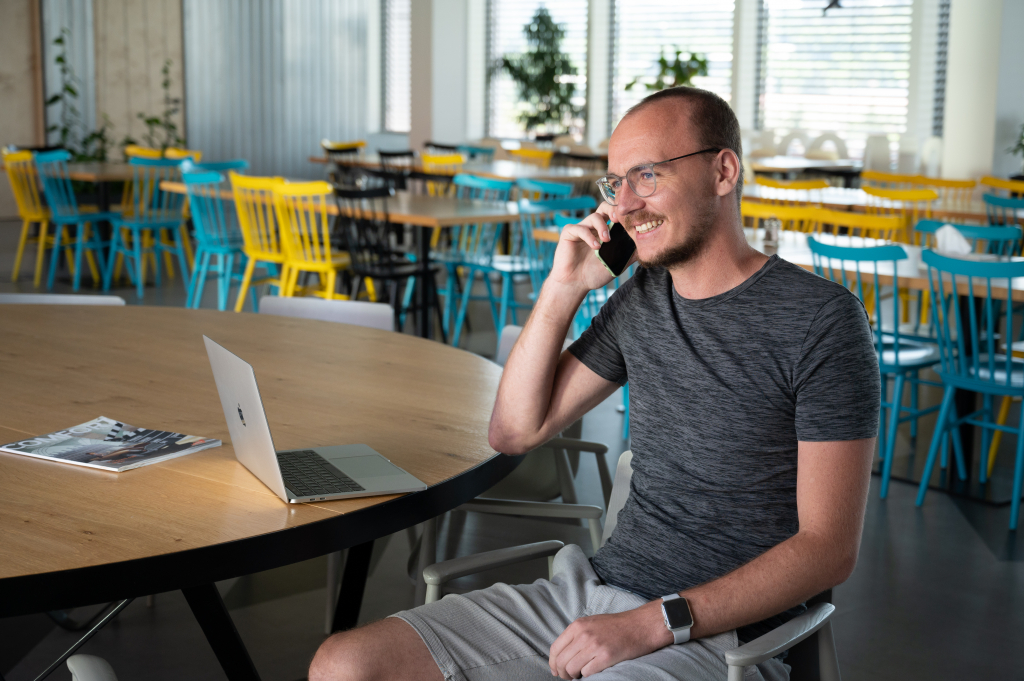 What do you do in a time-sensitive situation when you or your team encounter outages?

It’s like a daily bread for us to solve situations like that. For me personally, it depends, and most times I’m here only to support the responsibility of teams. I make sure that there are some plans for the next minute, hour, or in worse cases – days. I try to make a sort of shield for the people that are working on the issue. For example, if there is some unneeded push from upper management, we work on Slack so everyone can write to everybody, so there might be some thread about the issue. I try to ensure that the team and the people have the resources that they need available and that they can focus on their responsibilities.

How do you motivate your team?

The key is that people need to work on the things that make sense to them. I need to ensure the working environment feels safe, and that they are not scared of failure. Usually, if you try and fail, you learn and do better next time. And if you have people that can do that, not be scared about everything new, that’s a success.

How do you track your own performance?

I do checks on a daily and weekly basis. I ask myself, what kind of value did I add this week? If I have some answer for that, it’s okay for me. If all I could say were that I went to work, I wouldn’t be here. For me, it’s important to do things that matter.

If you are interested in working with our team, check out the open positions and join us in our exciting journey!