A group of Kiwis had a chance to participate in Od Tatier k Dunaju Run, (translation: from Tatras to Danube Run). It’s a 345 km long race from Jasna in mid-Slovakia, to Bratislava, in west Slovakia. With a final time of 28:49:39, Kiwis ended 18th in our category, from 124 that finished within the time limit, and they were 22nd overall from 165 teams competing!

This race is not an ordinary running race, but a team relay where different professional and amateur teams are pushing their maximum and running day and night, even in pain! It has 36 segments, for teams of 9-12 people, although there is also an option of an ultra category for 6 people on the team. The time limit to complete is 36 hours. This is the third year our Kiwis competed. This time we went one step further and got custom-made jerseys by a Brno sportswear company, designed by us. The design symbolises the diversity of our employees and how we all join together for a common goal. 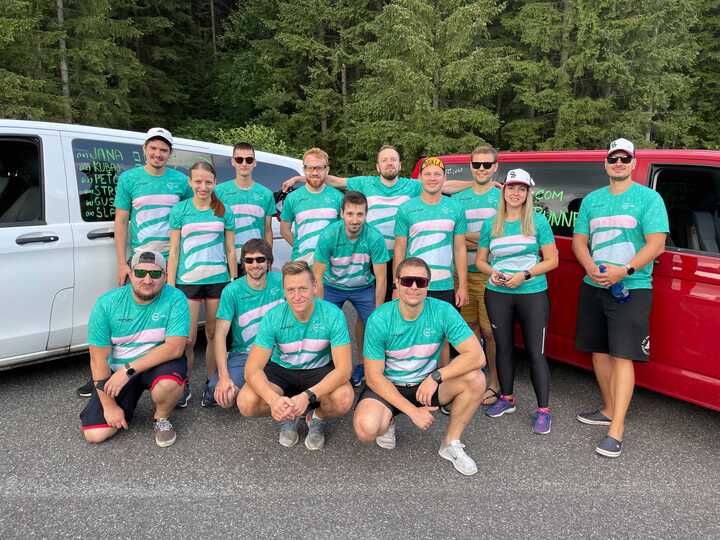 See the short video from the race.

How does the team work behind the scenes?

This year’s captain, Jiří (Jirka) Vejvoda, explained that the whole initiative of the company running relays was started three years ago by Erika Poliaková, our Affiliate Marketing Manager She also became our team captain. Erika assembled the first team for the OTKD race and even though people were dropping out quite a lot with the date of the race approaching, she didn’t give up, and we managed to substitute most of them and had a great weekend together.

“I call it the best cross-team team building ever, because this is what team building should be, a really intense experience outside of your comfort zone, where you need to rely on others and achieve something truly together,” said Jirka.

This time unfortunately Erika couldn’t attend, so she asked Jirka to be the captain instead. In the team, everyone picks something to do for the rest of the members and Jirka has to make sure that it all clicks together. The distribution of segments usually goes smoothly, because people usually have some preferences, which other members respect. The team is moving in two cars, running their own sections and this is the only downside of this kind of relay, says Jirka.

“Because of that separation, the team actually becomes two separate teams, and we don’t get to spend that much time together apart from the start, finish, and couple of handovers between the cars. All in all, I am so grateful and thankful to all the runners and our beloved and cherished drivers for their awesome performance. I know everyone pushed it to their limits and our results prove that. Laughing, Jirka explained, “There were a bunch of properly destroyed people in the finish and that is how we like it, I’m also very thankful to Erika, who pulled off most of the captain’s job even though she couldn’t attend in the end and I hope she will be our captain again in the future.”

One of the drivers, Martin (Kvasňa) Kvasnica, played a big role in the team and his main task was to be in the right place at the right time. He recalls, “What I really love the most about this event is our great team and its spirit. I was a little bit afraid when I realized what my responsibilities are because one mistake can ruin the whole team’s effort, but I really like challenges, so a step back wasn’t an option.”

Read on to hear the runners’ memories and check out the photos and the video from the race. 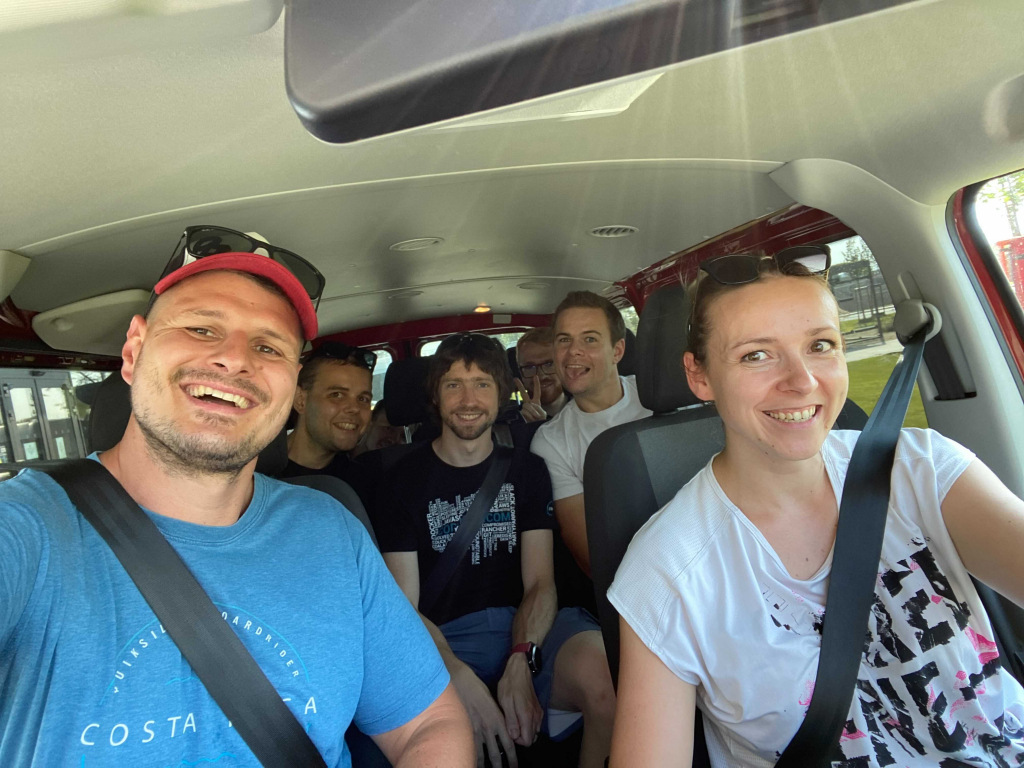 Petr Sevcik – great memories after the pain is over!

This is the unique weekend when runners and friends from Kiwi.com get together and go for a high-intensity experience. It’s my fourth year of participating, and it’s very physically demanding but also a lot of fun. My favorite part is the start in Low Tatras, as the first segments of the race are with beautiful views.  And the atmosphere? People make jokes all the time, everyone is hyped and excited. There is a mess (and smell) in the car as it’s a place where 7 people spend over 48 hours. There are a lot of positive emotions when we pass other teams and when people create new personal records. I really like how all Kiwis can get in the same mood, no matter which department in the company they are in. We’re doing everything for the team – running, cheering other runners, navigating drivers, and even sharing food and non-alcoholic beers. And at the end of the weekend, we’re insanely tired but glad that we will have great memories after the pain is over! 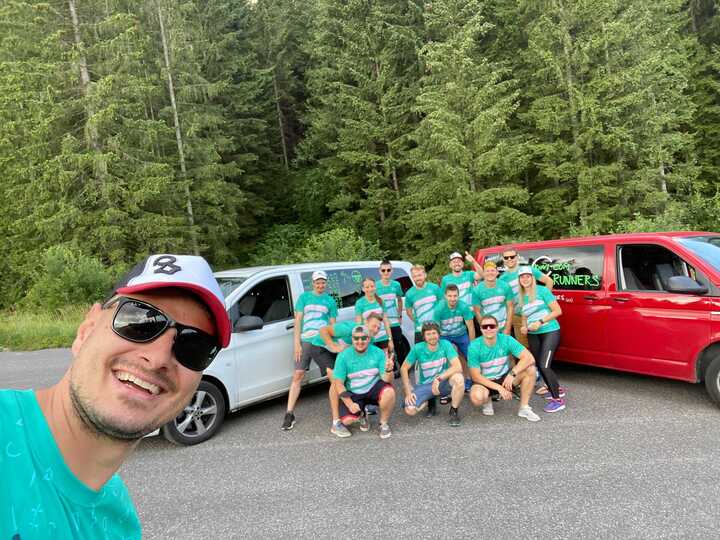 Jana Franova – running as the essential part of life

Running has become an essential part of my life and it’s something that frees my mind, helps me to keep fit and makes me feel better. This was my first time in this race. I have been working at Kiwi.com only for 10 months, so I haven’t had a chance to be involved in such an amazing relay before. The team created good vibes from the very beginning and although I didn’t know almost anybody there, I felt very comfortable and the team was so supportive. The fact that I was the only woman running in the team was rather unexpected because the main organizer Erika unfortunately couldn’t run in the end…more challenging for me was that it was my first longer relay with people I don’t even know! Although I was a bit hesitant to run day and night and even longer with these experienced runners in the beginning, I am truly happy I could be part of this. The runners pushed their limits, and the drivers had the biggest responsibility – not only were they driving safely through half of the country but were also perfectly supportive and devoted to the team.

There were lots of funny moments, for instance when one of the Kiwis forgot to pin his number on his T-shirt which could disqualify the whole team. Someone came up with a clever idea to find his other T-shirt in the car, pin the number on it and stop by with a car 2 meters in front of him so that we can hand it over to him and he is able to change it while running. This all happened so fast, since the runner also understood immediately our intention, that it almost looked like a professionally trained action (laughing).  It was such an amazing experience full of team spirit, determination, enthusiasm, sweat, suffering and fun. 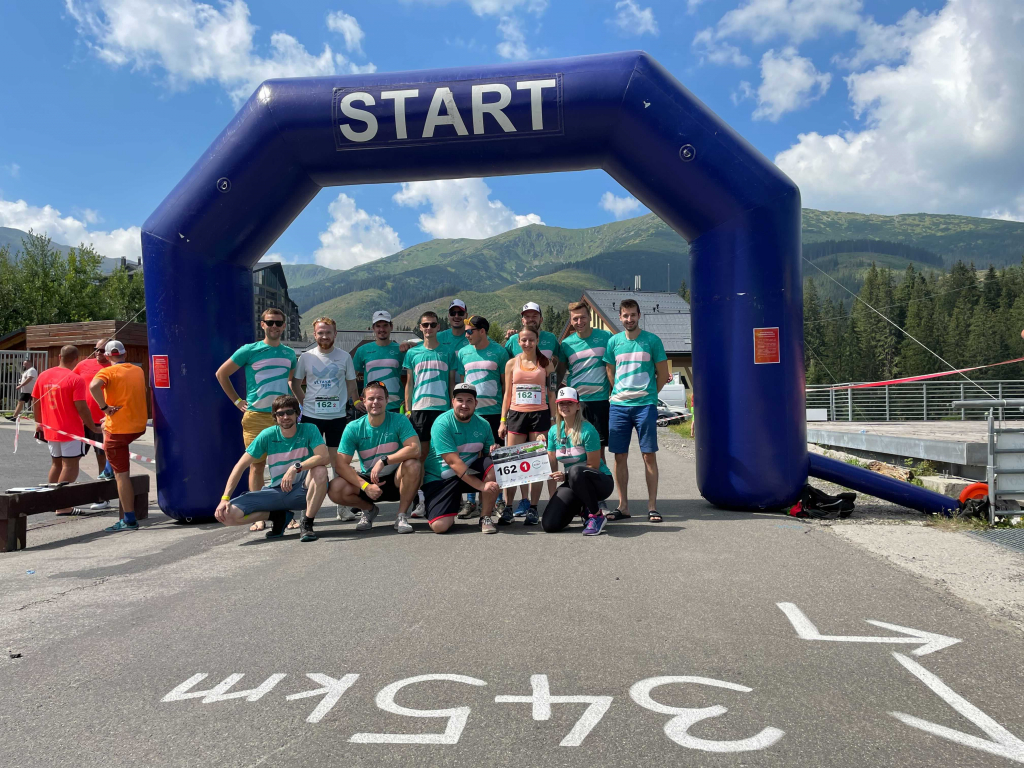 Martin Jancik (MJ) – a raw illustration of our company spirit

I have been part of the team running relays for a couple of years now. I think this is actually my 5th team race for Kiwi.com. Some participants occasionally change, but the core mantra has stayed the same. This is a raw illustration of our company spirit. Different people join to do something amazing, to push beyond our own limits. Together.

I enjoy seeing how engineers support their teammates who are from customer support. Or how me as a designer can solve tactical challenges with biz-dev friends. All of us are equally important in the race and try to bring the relay in the best possible time to their teammate. I always try to believe that this is how people think about the Kiwi.com spirit. It even gives us an opportunity to connect with people from departments I would probably hardly collaborate in my daily job. Like for example accountants from finance. It is a team-building activity as well.

Looking back at the years we definitely mastered our logistics. We now are much better at planning our car routes to the relays, sleeping breaks, and also each of the runners personally understands better how to structure their endurance. This year we also improved our appearance. You know, go to the market presentation. Together with a Brno-based sports apparel company, we co-designed our new jersey which is trying to visualise the above mantra. Everyone could spot Kiwis in the crowd. Innovating step by step.

Unfortunately, this year we were not able to beat our previous Kiwi.com record of 27hrs and 44 minutes. If you ask me why I would very easily find an excuse in the extremely humid and hot weather. But it is all good because we have high motivation for next year. It is also a call to action for others who are up for fun, team spirit, and beating goals! 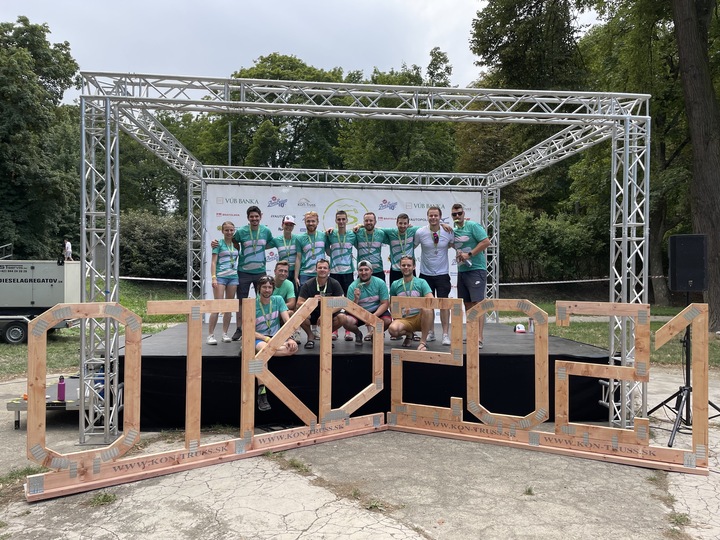 Do you want to be part of our Kiwi.com team, and get to meet this and other amazing folks in our offices? Take a look into current open positions!