Women as successful leaders: Don´t be a lady! Be yourself, be a woman!

“Female leaders are devalued if they act feminine, but also if they act masculine”[source]

The above quote is based on detailed research on female leadership. Society perceives a leader as having some masculine traits, such as assertiveness, objectivity, goal orientation. Therefore, women acting on feminine energy values like tolerance, receptiveness, emotions, are not perceived as leaders. However, if a woman shows up assertive and action driven, this causes problems of congruence and people around her start feeling suspicious and intimidated. Congruence means that we expect a woman to act in a way that invokes in us warmth, welcoming feelings. If a woman is driving a team for results, acting in her masculine energy, this is not expected, therefore, incongruent. And everything incongruent, our brains are designed to suspect and treat as a threat. 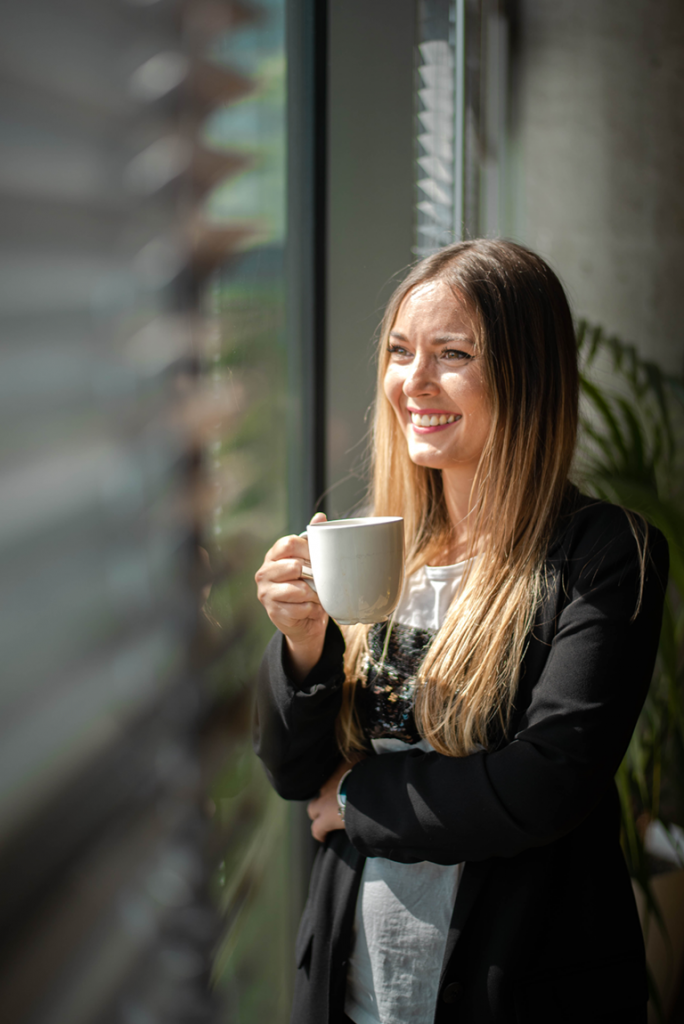 Is this why there is a myth that men are intimidated by powerful women?

Yes, and no. This is why we all, as humans, are intimidated by powerful women. We admire them, but we don’t quite understand them, I guess.

To reduce female leadership struggles to a simple man’s prejudice sounds to me like an excuse. Is there prejudice? Yes, of course. Yet, prejudice is all around us, in all areas of our lives. What is important is what we decide to do about it. I, for one, refuse to play the victim. I do not see myself as a poor woman, defenceless, in a man’s world. Acting like a victim is to give your power away. It is to sit “comfortably” complaining about not getting that promotion and blaming men for it. Instead, I always prefer to think: where can I improve? What is blocking me from moving towards my goals? Is it really men and their prejudices?

Usually (apologies for the stereotyping), men run away from emotions. Men prefer to talk about facts, not feelings. On the other hand, as women, our natural inclination is to talk about perceptions, intuitions. It is a communication issue. The more you climb the career ladder, the more the communication becomes increasingly assertive and clearer. And in business, unless you work for an NGO, at the end of the day, we are talking about money.

Men tend to speak the language of money 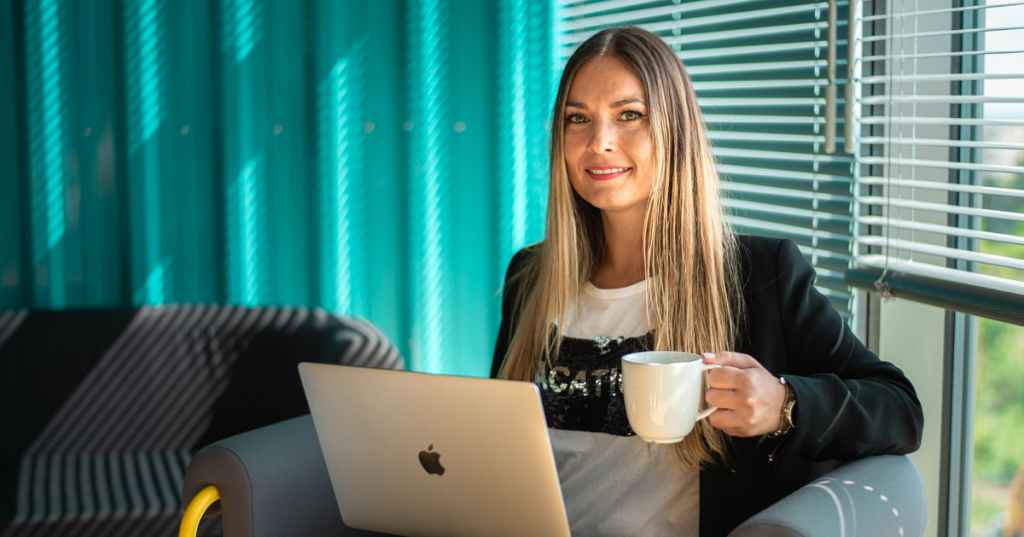 “How would you feel traveling alone to do business with a male business partner in Eastern countries?”, he asked.

“I have travelled alone many times.” – I said.

“Yes yes, but, how would you feel seated at a business meeting with mostly men?”.

I will never forget this discussion taking place during this job interview. After 4-5 of these questions, I cut the topic short:

“Yes, I see your point. Let’s speak clearly, please. Your question is that I am a woman that looks like a 24-year-old, having to deal with 50-year-old business sharks that may think less of women. To that extent, I have to say that it is not the first time in my life. I am used to that. It is true sometimes they underestimate me, which I use to my advantage. At the end of the day, men speak the language money.”

And so it is. I remember one time I travelled to Israel with a male colleague. We visited three partners. One of them kept answering my questions while looking at my male colleague. I was the boss, but I was a woman. He would not look at me. It did feel like he was very uncomfortable doing business with me. I stood my ground. He asked my colleague, I answered. I asked him, he answered my colleague, never even looking at me. After 15 minutes, he was looking at me. Afterall, I had the money, and the courage. He realized that. And he respected that. I have never faced a man who would not do business with me. Businessmen will speak with the highest decision maker they can, even if it is a woman.

Women are the first judges!

“The days you come to the office looking better are the days they pick on you the hardest!”, a 50 year old female colleague of mine once told me. She was referring to how other female colleagues engaged with her in a lesser positive note according to how she looked. I have never found a harsher judge than a woman! When a woman acts more in her male energy, with masculine traits, women are the first to speak about it. And very often the strongest critics. How she dresses, how she talks, with whom she talks, how she giggles, if she doesn’t giggle…

As women, we should empower other women, instead of undermining them and gossiping. It is ourselves, women, mothers, friends, colleagues, wives, we are the ones that should change this paradigm. The first step is to support each other more. To use our intuition, our emotional capabilities, our welcoming traits with each other, with our female colleagues. Encourage and celebrate all women’s successes. First of all, treat each other as professional colleagues. The men either already do it, or they will follow suit with the same respect we ourselves show for other women.

Be yourself, be a woman! 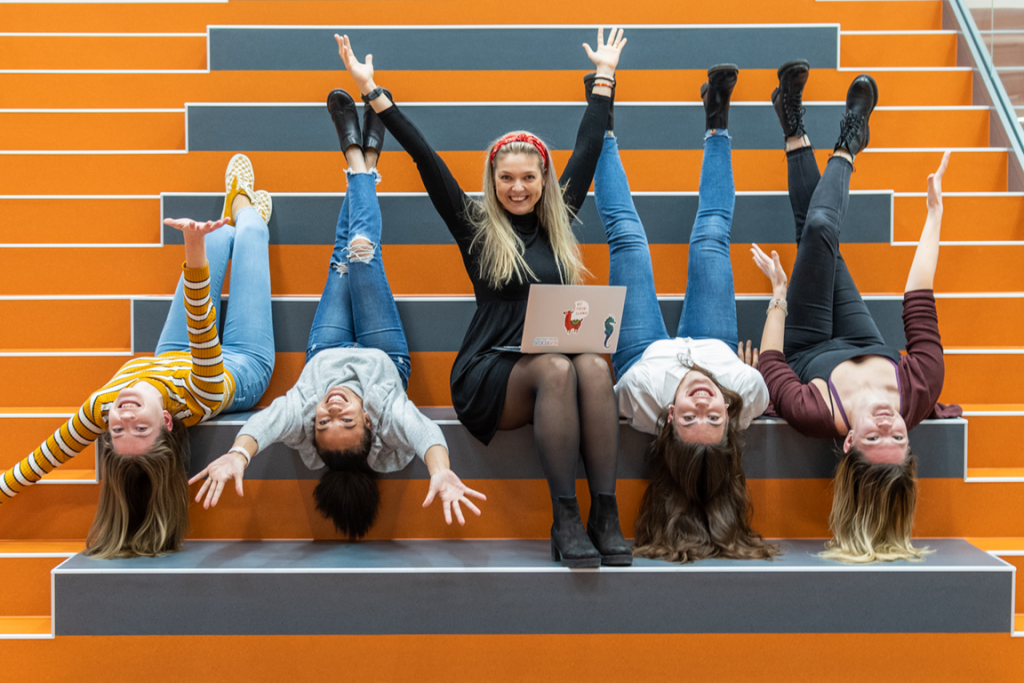 One thing I have learned as a female in leadership positions over the last 10 years: you will be criticised no matter what you do. It begins in our childhoods. My mum did not allow me to whistle, for example. “A lady doesn’t whistle!”, she would say. The “Be a lady they said” video reminded me about all the paradoxes and contradictions we women face every day. Over time it is natural we get lost…

Today, if I had one thing to tell my female colleagues, it would be: Be yourself, be a woman! Forget it all. Forget all you ever heard about how you should be, what you should wear, how you should behave. Be brave! Accept that judgement and critics will always exist, but be aware that doesn’t mean there is something wrong with you. What one criticizes, the other praises. Who really cares in the end?

You are the only person you can’t live without. Plus, if you get angry at yourself, there is nowhere to run. You can’t escape yourself. All other people are just passing in your life. What matters is that you are comfortable in your shoes. Be your own person. Show up as yourself. This is true congruence. There is nothing more powerful than a woman who has the courage to be her own person. In business, as well as in life.

Every woman in our company has an opportunity to grow and be authentic. Check our open positions and let us know about who you are and what do you love to do.
Are you interested in how Helena joined the company and how she feels about being here? Read her Kiwi story.