One of Kiwi.com’s key features is the Kiwi.com Guarantee, and for episode #7 of the Humans of Kiwi.com series we had a chat with our Guarantee Specialist Kamila.

One of Kiwi.com’s key features is the Kiwi.com Guarantee, and for episode #7 of the Humans of Kiwi.com series we had a chat with our Guarantee Specialist Kamila. What she likes most about her job is that she can help people in trouble. And for her moving to Brno meant going back to a familiar place. And… Well, we can’t tell you everything, so if you want to know more you will have to read the interview!

Oh, I don’t know what my current state of mind is! [Laughs, then thinks about it] I try to be positive all the time. Yes, I’m trying to be positive and enjoy the small things, and not think too much about the terrible stuff that happens. That is why I don’t watch the news: I don’t like it. I only watch tech news, IT news… You know, the “neutral” kind.

I joined Kiwi.com in April 2018. What brought me here was that I found a job, and I wanted to come back. I was in Brno around two, three years ago for a six-month internship. I love the city. It’s tiny, but so compact, and you can go wherever you want by bus or by tram (and I love trams). There are ups and downs everywhere, and I love the view: it’s so colourful. And the weather is usually nice.

So I applied to a few companies. Kiwi.com was the first one I had an interview with. And they bought me with dogs! And travel vouchers! [Laughs] On the one hand it was something new, out of my comfort zone and my studies (I studied Marketing and Public Relations). On the other hand it was still related to communication, so I found it interesting.

Name one thing you really like about your position

I really like that I can help people, you know? Sometimes it’s really difficult because you’re dealing with passengers at the airport. It’s terrible when you miss your flight and have to spend a long time at the airport. And maybe you have booked your holidays. But at least we can say: ‘Hey, don’t worry, we’ve got you covered. Here’s a new flight, a hotel for tonight, and some extras for food. Take a rest, and enjoy the city!’.

Sometimes I’m actually a bit jealous of some passengers. True, they’ve missed their flight, and that is terrible, but then they get a hotel, say, in Rome or Palma de Mallorca, and that is great. And they are grateful, happy, and when I tell them that they’re covered by the Guarantee, some say: “Wow, really? The hotel as well? And I don’t have to pay anything?”. I really like that. 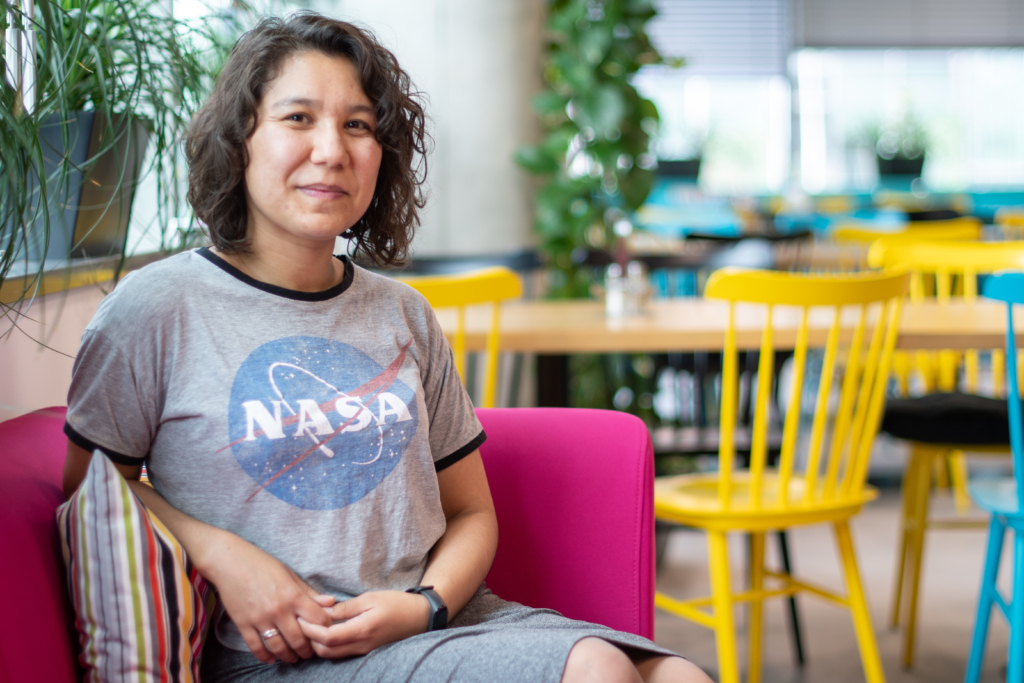 Name one thing you dislike or struggle with in your position

Maybe the processes, sometimes, because I don’t like to say ‘no’ to people. I’m thinking about the cases when the Guarantee cannot be applied, or when the alternative flight is sold out, and I manage to find another one, but it’s much worse, and the passengers have to travel for two extra days. It’s frustrating, because you put yourselves in their shoes. I’ve been stuck at the airport myself multiple times, I know how it feels when you have to spend the night at the airport, or your bus has left without you.

I’m from a small town in central Uzbekistan, not far from Bukhara. Bukhara is an ancient city, I think it’s around 2,000 years old. It is rich in mosaics and mosques, it’s so beautiful. It’s a desert area, so it’s very hot and very dry. And this is what I both like and don’t like about my country. I don’t like hot, dry climate, but it’s because of that that we have such tasty, juicy fruits! Which I really miss here: watermelons, kaki fruits… I love kaki, I love it when you open them up, and they look like chocolate inside — dark brown and sweet — and grapes… Yeah, basically all the fruits!

Name one place you haven’t visited (city or country), which you believe/expect/know will blow your mind when you go there

I think it’s Asia: Japan, China, Sri Lanka, Taiwan… Yes, all Asian countries. They’re so unique, so different, they have different cultures, attitudes, and mentalities. I haven’t been there yet, but I’m planning to visit in the near future.

Name a trip or travel you loved

It will have to be Palma de Mallorca. My friend and I went on a round trip around Europe for a week, it was great! We travelled by bus, by train, by plane. We didn’t know it would happen, we just saw cheap tickets, and we said to each other: “Let’s go!” Two days later we were on our way to the airport.

Of course, we did not plan accommodation in advance. We were lucky enough, though: we used couch-surfing a lot. But in Palma, when we arrived, we didn’t have any plans, we didn’t have any place to stay. So we sat on benches, on stairs and tables here and there, and we asked around: “Hey, can you host us?”. People stared at us, but a family did host us for two days. They were so nice, they cooked for us, it was unbelievable. People are so friendly there, it was so sunny, and… well, there was the sea. 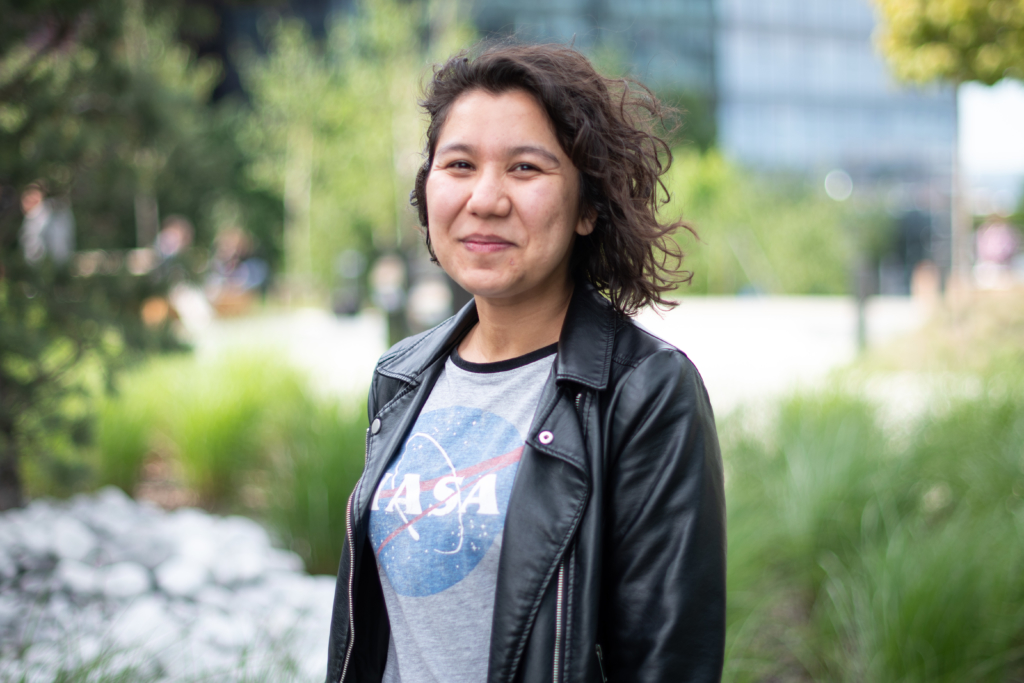 Uhm, let me think about it. I usually travel light. [Thinks about it] Maybe sunscreen, you know? Protection. And my camera, because I want to have memories, I want to take photos of everything! Sometimes I think: ‘Oh, maybe I haven’t travelled enough’, but then I look at my photos, and I think: “Hey look, I’ve travelled a lot, I have lots of memories, I have a lot to remember!”.

Yes, maybe I do. Actually, my Mum told me that the first time I travelled by plane I was only two or three years old, and we travelled to visit my Grandma. The second time I was maybe about ten years old. My Grandma lives in Tyumen, Russia, so we travelled there.

I thought I’d be afraid of heights, of flying, of being in the sky, but… I’m not. Whenever possible, I go for the window seat. The view from the window is amazing, and the clouds… I want to hug them! I love the feeling you experience when you’re flying through the clouds.

Name one thing that annoys you when you travel

Customs, immigration, baggage checks at the airport… All of that. I don’t like waiting!

Where would you go if you won a weekend trip voucher to a city of your choice?

[Thinks about it for a while] I think I’d go to Amsterdam or Copenhagen, because I haven’t been to either of them. And I want to visit Denmark and the Netherlands, so I think I’d choose one of these two cities.

So yeah, there were lots of things I wanted to become. I’m still thinking of becoming a cook, but I’m not that good at cooking! I can maybe cook eggs from time to time, scrambled eggs. And I love baking: it’s probably the only thing that works for me. You know, cupcakes, cookies, sweets in general. But only when I’m in the mood for that.

What was your favourite school subject?

Through literature you can actually “see” how people used to live: what they thought, what they ate, and so on.

I especially like sci-fi and fantasy books. It’s something that takes you out of your own mind. Your imagination starts to work, and you start thinking: “What if? What if this or that happened? What would happen to the people or to the planet? What if aliens were out there??” [Laughs] 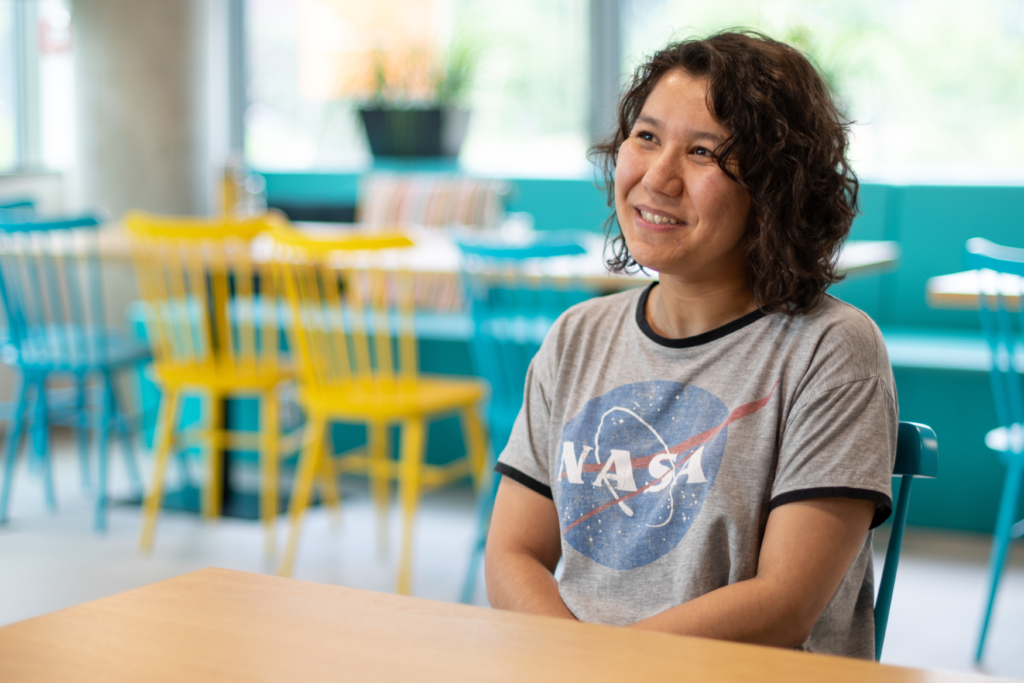 Where do you see yourself in ten years?

I don’t even know where I will be next year! I’m a spontaneous person. The thing is, whenever I plan to do something, it never works, or it never works out the way I wanted it to happen. So maybe in ten years I don’t know where I will be, I don’t know what I’ll be doing, but I would like to be a person that makes changes, you know… Although, saying “make the world a better place” maybe sounds too much.

Let’s say that, if I’m working for some company, I want to be the one that makes the work environment better for the others, that makes communication better. It’s all about making the difference: helping, supporting people, and making little changes where I can.

I think that’s also what I like the most about being a Guarantee Specialist: I feel useful, I feel that I can be of help.

If you could have a superpower, which one would you choose?

Actually, I’ve asked myself this question multiple times! I would think about invisibility and teleporting. Though the best would be being at least in two places at the same time.

Good question. Okay, let’s think about that… I don’t think I remember my childhood. I think my real first memory is from when I met my best friend. I was lucky enough to be accepted into university while I was still studying in college.

When I started university, we had the usual induction week for freshers. I was 15 years old, I’d just moved out of my family’s house and to Tashkent. I didn’t know a lot of people there, and the other students were all 18 or 19 years old, so they were grown-ups for me, adults.

I started talking with one girl in my programme. She was one year older than me. We found out we had studied at the same elementary school, we used to go to the same music school, and we were in the same choir. Once we were at the same concert, and we both appear in the same photo! We started talking, and we basically clicked. I think that’s my first adult-life memory.

We’re still friends. She lives in America, and we’d love to visit each other. We’re planning to either meet somewhere halfway, or arrange it so that one visits the other. I miss her a lot. We haven’t seen each other for three years.

What’s your favourite place in Brno?

I think it’s Lužánky: it’s green, it’s fresh, and it’s right in the centre, but you feel like you’re somewhere else. My husband and I go there very often. We just sit on a bench, and enjoy the weather. I really like it.

The one about my first memory. Yes, I loved it! No one ever asked me before! 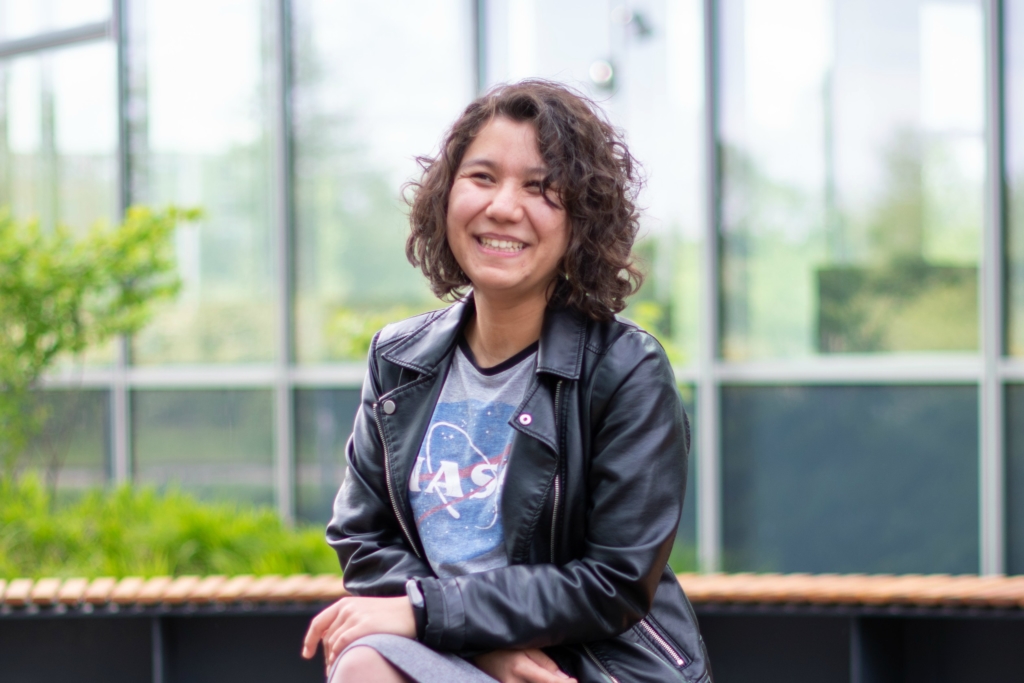 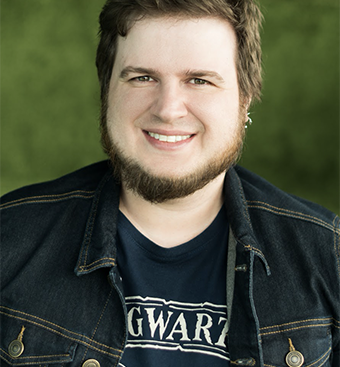 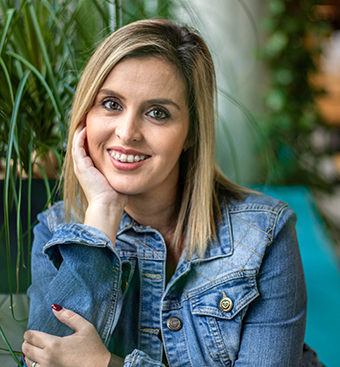 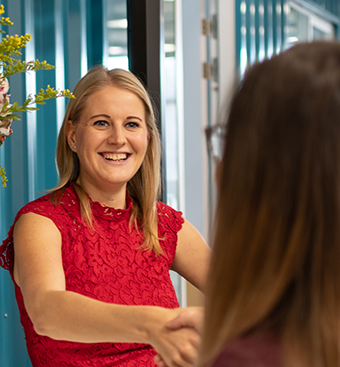